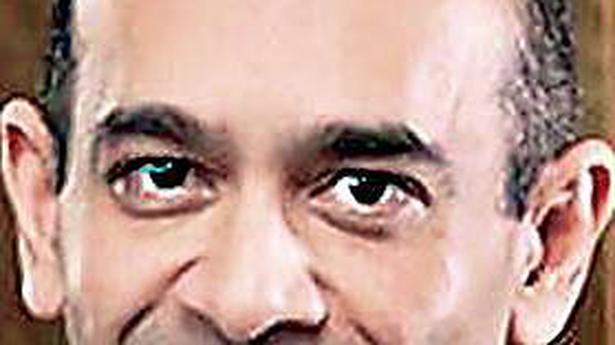 Fugitive diamond merchant Nirav Modi, wanted in India on charges of fraud and money laundering, spent Holi behind bars in one of England’s most overcrowded jails on Thursday, a day after a U.K. judge rejected his bail application.

The 48-year-old was arrested by Scotland Yard on Tuesday and presented before district judge Marie Mallon at Westminster Magistrates’ Court in London on Wednesday.

The judge remanded him in custody till March 29, after which he was transferred to Her Majesty’s Prison (HMP) Wandsworth in south-west London.

The overcrowding pressures of the jail may mean he will share a prison cell with any of its around 1,430 male prisoners.

Modi, one of India’s richest men, accustomed to high-life and celebrity circles around the world, will be faced with some harsh conditions at the prison. During the most recent inspection carried out in February-March 2018, the Victorian-era jail was found by U.K. Chief Inspector of Prisons Peter Clarke to be “one of the most overcrowded in England and Wales” and filled with many men with drug or mental health problems.

“Despite six self-inflicted deaths since the last inspection, it was concerning to find that not all staff were carrying anti-ligature knives, that no staff would enter a cell alone — even if a prisoner’s life was in danger — and that the response to cell call bells was totally inadequate,” he noted.

Prison cells designed for one prisoner are often occupied by two, with poorly-screened lavatories and inmates being allowed far too little time out of their cells, his inspection had concluded.

“He has done everything he possibly can to be visible, to demonstrate his keenness to fully cooperate [with U.K. authorities], George Hepburne Scott, Modi’s Barrister, told the court in support of Modi’s bail application.

Among the details that emerged during the hearing, it was claimed that Modi was in the U.K. “lawfully,” having acquired a National Insurance Number — offered only to legal residents to be able to live and work in the U.K.

He had reportedly also been paying his Council Tax, which is a local tax paid by a U.K. resident to the local authority and also serves as an identity document for address proof. Based on this, he also received an offer from the U.K. electoral register to register to vote and had submitted one of three passports to U.K.’s Driving and Vehicle Licensing Authority (DVLA) to apply for a driver’s licence.

However, Modi’s defence team’s efforts to establish his credibility as a lawful U.K. resident who had no intention of jumping bail and fleeing were strongly objected to by the Crown Prosecution Service (CPS), arguing on behalf of the Indian authorities.

The judge in the end ruled in favour of the Indian authorities, concluding that the diamantaire had “substantial grounds” to fail to surrender, and remanded him until the next hearing, scheduled for March 29.

Indonesia ended the search on Thursday for victims of last week’s mine collapse on the island of Sulawesi as the death toll climbed to 27, an official said, even as dozens are still feared missing. Rescuers were forced to stop using excavators as conditions deteriorated and it was no longer possible to operate heavy machinery […]

Pakistan PM may get tested for COVID-19

Imran Khan may be tested for the COVID-19 or asked to go into isolation after meeting a well-known philanthropist who tested positive for the infection, days after meeting the Pakistan Prime Minister, his doctor said on Tuesday. Faisal Edhi, the son of late philanthropist Abdul Sattar Edhi and chairman of the Edhi Foundation, met Mr. […]