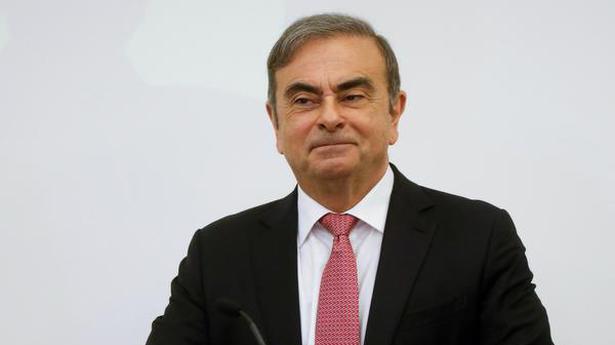 Nissan Motor Co. on Wednesday said it had filed a civil lawsuit in Japan against former Chairman Carlos Ghosn seeking 10 billion yen ($91.02 million) in damages over his alleged financial misconduct.

Mr. Ghosn had been facing criminal charges in Japan for understating his annual salary and misusing company funds, until he fled to Lebanon in December. He denies any wrongdoing.

Nissan said it expects the amount claimed in damages to “increase in future” as it seeks to recover fines it expects to have to pay to regulators due to Ghosn’s alleged misconduct.

Japan’s No. 2 automaker added that it may pursue separate legal action over what it called “groundless and defamatory” remarks Mr. Ghosn made in a news conference in Beirut last month.

How the coronavirus crisis is affecting food supply

The coronavirus pandemic has disrupted global food supplies and is causing labour shortages in agriculture worldwide. Are we facing food shortages? Panic buying by shoppers cleared supermarket shelves of staples such as pasta and flour as populations worldwide prepared for lockdowns. Meat and dairy producers as well as fruit and vegetable farmers struggled to shift […]

India and other members of the G4 bloc have reiterated their strong commitment to an early and comprehensive reform of the UN Security Council and called for result-oriented intergovernmental negotiations on it to make the top organ of the world body more effective in dealing with the complex global challenges on international peace and security. […]

A scandal in Austria that brought down a government

Last Monday was one of the most eventful in Austria’s recent history. For the first time since the Second World War, the country’s Chancellor was ousted by a no-confidence vote following a corruption scandal, details of which emerged about a week earlier. Der Spiegel and Süddeutsche Zeitung — two of Germany’s most prestigious publications — […]