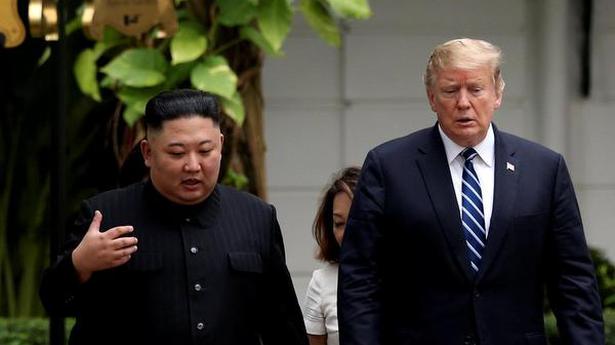 The documentary broadcast on March 6 shows a smiling Mr. Kim talking with Mr. Trump while walking together inside a Hanoi hotel last week.

The documentary cited Mr. Kim as saying North Korea and the U.S. must put an end to their decades-long animosity and confrontation.

But it didn’t mention about the lack of an agreement following the Trump-Kim summit.

The footage was released amid reports that North Korea is restoring some facilities at its long-range rocket launch site that it dismantled last year as part of disarmament steps.

American rapper A$AP Rocky testified Thursday at his assault trial in Sweden that he did everything possible to avoid a confrontation with two men he said were persistently following his entourage in Stockholm, but one of those men picked a fight with one of his bodyguards. Rocky, whose real name is Rakim Mayers, is accused […]

New Zealand recovery teams returned to the volcanic White Island on Sunday but were unable to locate two remaining bodies in their search, as the death toll from Monday’s eruption rose to 16, police said. Authorities said eight police search and rescue staff were deployed for 75 minutes to an area in which their information […]

The CEOs of Facebook and Twitter are being summoned before Congress to defend their handling of disinformation in the 2020 presidential election, even as lawmakers questioning them are deeply divided over the election’s integrity and results. Prominent Republican senators have refused to knock down President Donald Trump’s unfounded claims of voting irregularities and fraud, even […]