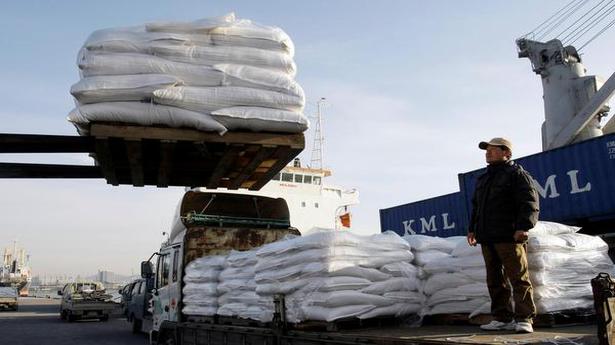 North Korean factories are filling city store shelves with ever better and fancier snack foods and sugary drinks, while government officials and international aid organizations warn the nation could be on the verge of a major food crisis.

The government says it’s stepping up imports and working to increase the output of early and basic crops such as wheat and barley.

No intent to exclude India from Afghan diplomacy: China

China on Monday sought to reassure India that it does not intend to “exclude” New Delhi from international diplomacy on Afghanistan, following last week’s quadrilateral talks in Beijing among China, Russia, the U.S. and Pakistan. Fresh from his visit to Qatar where he held talks with the Taliban and Afghan government officials, U.S. special envoy […]

The painful pace of recovery from the Easter bombings

Leaning rightward, as if he were weighed down by the helmet in his hand, a middle-aged man stood in front of the board under a neem tree at the St. Sebastian’s Church. There were 115 names in all on the board, listed in clear black Sinhala font. They ran into four columns. “Those who sacrificed […]