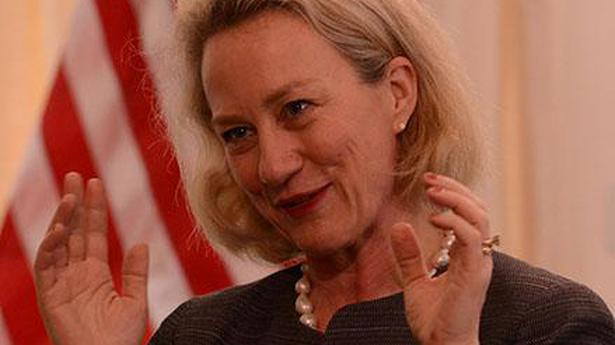 Not meeting the obligations of the Financial Action Task Force (FATF) would have a devastating impact on Pakistan’s economic reform program, a top US diplomat said.

Acting Assistant Secretary of State for South and Central Asia Alice Wells made the comments on Friday, a day after Pakistan Foreign Minister Shah Mahmood Qureshi said the country should be taken off the FATF’s ‘grey list’ as it has made considerable progress on the requirements of the international terror financing watchdog.

Obviously, if Pakistan were not to meet FATF obligations or were to fail and be blacklisted, that would be devastating for Pakistan’s economic reform program and for its ability to attract investors, Ms. Wells told reporters here.

We’ve been pleased to see progress by Pakistan towards fulfilling FATF obligations, said Ms. Wells, who has just returned from her trip to the region, including a visit to Islamabad.

She was responding to a question if the funding by the International Monetary Fund could get affected if Pakistan does not meet the FATF regulations or the rules.

There is a meeting underway currently in Beijing where Pakistan is presenting its actions to the task force. So I defer to that task force to make its evaluation, she said.

But the more evidence of Pakistan’s seriousness in both documenting its economy and in shrinking the space for militants to be able to take advantage of Pakistan’s either banking system or territory, the more confidence that the international community and business community will have in working with Pakistan, Ms. Wells said.

A Pakistani delegation led by Minister for Economic Affairs Division Hammad Azhar is in Beijing to brief the financial task force about the steps taken by Islamabad to implement the recommendations made by the FATF.

The FATF in October last decided to keep Pakistan on its ‘Grey’ list for failure to curb funnelling of funds to terror groups Lashkar-e-Taiba, Jaish-e-Mohammad and others.

If not removed off the list by April, Pakistan may move to a blacklist of countries that face severe economic sanctions, such as Iran.

Observing that FATF is a technical process, Ms. Wells said that there has been an action plan that was presented to Pakistan.

It’s a question of fulfilling the requirements that have been spelled out and that are asked of all countries in the international system. So it’s not a political process, but we certainly support and stand ready to assist Pakistan as it implements these obligations, she added.

The U.S., she said, welcomes efforts by Pakistan to meet its counterterrorism financing obligations under FATF.

We strongly encourage Pakistan to work with FATF and the international community to fully satisfy its action plan commitments, she said.

Completion of the FATF action plan is critical to Pakistan’s economic reform efforts, including its IMF program, as well as for demonstrating sustained and irreversible action against all militant groups based in Pakistan without distinction, she added.

We’ve seen obvious progress in our relations with Pakistan, from the high-level engagement such as the President’s (Donald Trump) warm and constructive meeting with Prime Minister (Imran) Khan at Davos to the restoration of the International Military Education and Training programs, she said.

Ms. Wells during her trip to Islamabad had extensive conversations on how the two countries can bolster their economic partnership where the US is Pakistan’s largest export market, largest trade partner, and historically one of its most significant investors.

There are obvious synergies in energy and agriculture, and opening Pakistan’s markets to American investments creates jobs and wealth without sacrificing standards or fuelling corruption.

We’re looking forward to welcoming 10 Pakistani buyer delegations to the US and five regional trade shows in 2020, which will build deeper relationships between US and Pakistani firms. Prime Minister Khan’s economic reform efforts contributed to the World Bank identifying it as one of the top 10 reformers globally in 2019, she said.

Responding to a question on China Pakistan Economic Corridor (CPEC), she said Pakistan needs to adhere to the buyer beware.

That Pakistan is a buyer, these are not — this is not grant assistance from China, it’s loans, often not with concessional financing. And Pakistan should beware of the terms, to make sure that they’re getting the most for their money, that brings the greatest economic prosperity, she noted.

This is Pakistan’s sovereign right to decide what investment it seeks and on what terms. And a friend of Pakistan, we certainly urge that they take on investment projects that create wealth, generate employment, and are sustainable, and think we have great options for the Pakistani market, she said in response to a question.

Three charged with hacking Twitter accounts of Obama, Musk among others

The 17-year-old boy on July 15 posted messages under the profiles that solicited investments in bitcoin, a digital currency. Source: thehindu.com Related

‘Trump was disloyal to office on Ukraine’

Democrats vowed on Friday to move quickly on the impeachment investigation of U.S. President Donald Trump, saying the evidence of abuse of power from his Ukraine phone call and attempts to cover up wrongdoing were already clear. An intelligence whistleblower’s complaint showing Mr. Trump pressuring Ukraine’s President to supply dirt on election rival Joe Biden […]