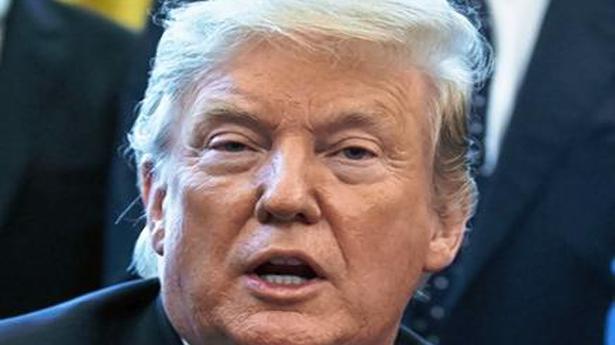 House Democrats pressed the Justice Department to provide the full report from special counsel Robert Mueller even as Republicans gleefully called for them to “move on” from the Russia investigation. President Donald Trump accused those responsible for launching Mr. Mueller’s probe of “treasonous things against our country” and said they “certainly will be looked into”.

Mr. Trump said the release of Mr. Mueller’s full report “wouldn’t bother me at all”, and Democrats quickly put that statement to the test, demanding that his administration hand over the entire document and not just Sunday’s four-page summary from Attorney-General William Barr.

Six House Democratic committee chairmen wrote to Mr. Barr that his summary is “not sufficient” and asked to have Mr. Mueller’s full report by April 2. They also want to begin receiving the underlying evidence the same day. The information is “urgently needed by our committees to perform their duties under the Constitution”, they wrote, implying that the information would be subpoenaed if it is not turned over by the deadline.

Mr. Barr said in his letter to Congress that Mr. Mueller did not find that Mr. Trump’s campaign “conspired or coordinated” with the Russian government to influence the 2016 presidential election.

But he also said Mr. Mueller reached no conclusion on whether Mr. Trump obstructed the federal investigation, instead setting out “evidence on both sides” of the question and stating that “while this report does not conclude the President committed a crime, it also does not exonerate him”. Absent a recommendation from Mr. Mueller, Mr. Barr stepped in and decided there wasn’t sufficient evidence to establish that the President obstructed justice. Democrats said Mr. Barr’s judgment is not the final word.

Russian plane lands on its belly

A Russian plane carrying 100 people crash-landed on its belly in the north of the country after experiencing problems with landing gear on Sunday, the company and officials said, adding no one was seriously hurt. The Utair Boeing was buffeted by a sudden change in wind direction as it was landing at Usinsk airport in […]

Dutch husband of Shamima Begum wants to take her home

The Dutch man who married a British teenager after she ran away to join the Islamic State group says he wants to return home to the Netherlands with Shamima Begum and their newborn son. Yago Riedijk (27), told the BBC from a Kurdish-run detention center that he met Begum within days of her arrival in […]