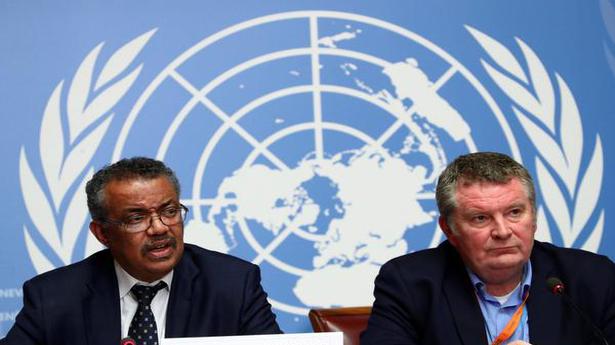 The World Health Organization will be reconvening the International Health Regulations Emergency Committee on Thursday (January 30) to decide whether the current outbreak of novel coronavirus constitutes a ‘public health emergency of international concern’. The WHO announced the decision last night.

The Emergency Committee last met on January 22-23 to decide if the outbreak was a public health concern. But the WHO did not declare it as a public health emergency then due to a split verdict of the committee.

There have been around 70 cases recorded from 15 countries. Most cases reported from other countries have been in people who have travelled from China, particularly from the city of Wuhan, which is the epicentre of novel coronavirus outbreak.

“But some person-to-person transmission in three countries outside of China has been recorded. This potential for further global spread is why I called the emergency committee,” Director-General of WHO Tedros Adhanom Ghebreyesus said in another tweet on Wednesday.

“People who have contracted new coronavirus are showing a wide range of symptoms. Of known cases, most people exhibit milder symptoms, but about one in five 5 people have severe illness, including pneumonia and respiratory failure,” he tweeted.

“WHO deeply regrets the error in this week’s situation report, which inserted the word “moderate” inaccurately in the coronavirus global risk assessment. This was a human error in preparing the report. I have repeatedly stated the high risk of the outbreak,” Dr. Tedros tweeted.

State-run National News Agency gave no further details but other generals are scheduled to be questioned. Source: thehindu.com Related

A scandal over alleged sexual molestation and abuse at the Vatican youth seminary is growing, with more former papal altar boys alleging inappropriate behavior by priests inside the Vatican walls. Le Iene, an Italian investigative television program, plans to air the new allegations on November 17; the show provided the broadcast to ahead of time. […]

U.S. President Donald Trump has invited his Chinese counterpart Xi Jinping to sign the phase one of a bilateral trade deal when it is agreed upon, according to a top White House official. Trade talks between the two countries began in November last year but have not yielded desired results even after more than a […]