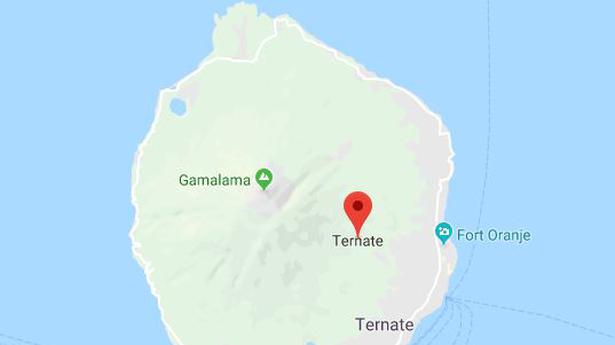 At least one person has been found dead and hundreds were evacuated after a major 7.3-magnitude earthquake hit the remote Maluku islands in eastern Indonesia on Sunday, an official said.

The shallow quake struck about 165 km (100 miles) south-southwest of the town of Ternate in North Maluku province at 6:28 pm (0928 GMT), according to the US Geological Survey.

In South Halmahera district, the closest area to the epicentre, around 160 houses collapsed when the shallow earthquake struck. A woman was confirmed dead in the disaster.

“The victim was hit by the debris when her house collapsed,” local disaster mitigation agency official Ihksan Subur told AFP Monday, adding no other casualties have been reported.

Indonesian Meteorology, Climatology and Geophysics Agency said until Monday morning at least 52 aftershocks have been recorded after the initial quake.

Local government officials have started to distribute logistics and food for the evacuees.

North Maluku province was also hit by a 6.9-magnitude tremor last week but no extensive damage or casualties were reported.

Indonesia experiences frequent seismic and volcanic activity due to its position on the Pacific “Ring of Fire”, where tectonic plates collide.

Last year, a 7.5-magnitude quake and a subsequent tsunami in Palu on Sulawesi island killed more than 2,200 people, with another thousand declared missing.

On December 26, 2004, a devastating 9.1-magnitude earthquake struck off the coast of Sumatra and triggered a tsunami that killed 220,000 across the Indian Ocean region, including around 170,000 in Indonesia.

Iraq’s top cleric warned foreign actors on Friday against interfering in his country’s anti-government protests as they entered a second month despite pledges of reform and violence that has left over 250 dead. The demonstrations have evolved since October 1 from rage over corruption and unemployment to demands for a total government overhaul— shunning both […]

South Korea plans to send kits designed to run up to 6,00,000 COVID-19 tests to the U.S. on Tuesday after an appeal from U.S. President Donald Trump, a Seoul official said. Mr. Trump made the request in a telephone call with President Moon Jae-in on March 25, as the United States was grappling with fast-growing […]

Since April, about 1 million new cases are reported every two weeks, according to a Reuters tally. Source: thehindu.com Related