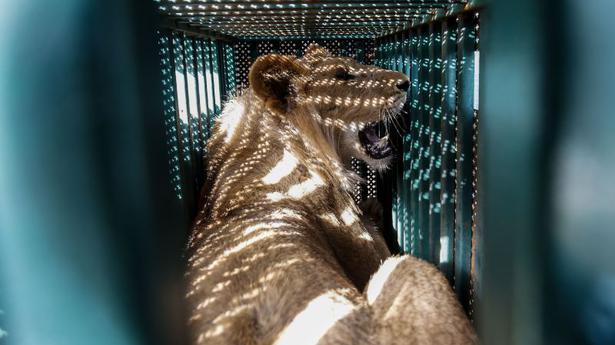 Forty animals including five lions are to be rescued from squalid conditions in the Gaza Strip.
The animals would be taken out of a zoo in the Palestinian enclave and relocated to sanctuaries in Jordan next week, the Four Paws organisation said.

Among the other animals to be taken out are a hyena, monkeys, wolves and porcupines, the organisation said in a statement. Rafah Zoo in southern Gaza confirmed the agreement, saying they weren’t receiving any funds for the animals and couldn’t provide proper care for them in the strip.

About 3,000 people in Bangladesh were left homeless after a massive fire consumed several hundred shanties in a slum on the northern outskirts of the capital city of Dhaka, government officials said on Sunday. Three people were injured in the blaze that struck a congested slum in Mirpur town on Friday night. Video footage showed […]

US tries to safeguard Afghan peace push from India-Pakistan crisis

The United States is trying to prevent simmering tensions between India and Pakistan from impacting a third country: Afghanistan, where a fragile peace push is underway to try to end more than 17 years of war with Taliban insurgents. US President Donald Trump’s administration has been publicly focused on lowering tensions between the nuclear-armed rivals […]