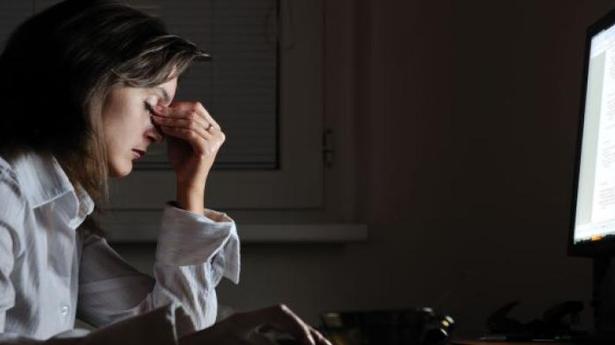 Most respondents found video calling made them more anxious than telephone calls and nearly half of them said it was worse than face-to-face meetings.

Nearly 75% people surveyed by a UK-based design agency said they faced ‘Zoom Anxiety’ this year, as the pandemic popularised video-conferencing apps like Zoom to enable working and studying from home.

The term refers to the physical feeling of distress caused by video calls, according to the firm Buffalo 7. The agency surveyed 2,000 home workers to understand the causes of anxiety.

Having technical problems during a call and not knowing how to fix it was the biggest trigger, with more than 80% respondents feeling so. The lack of knowledge to fix the problem adds pressure of holding up clients or colleagues, making users feel incompetent, the survey noted.

Being unable to read the caller’s body language during a video call was the second-biggest trigger. Other reasons include feeling like you’re being unheard, having too many people to focus on, and worrying about how you look in front of the camera.

The task of presenting on a video call was the most stressful, the survey stated. The least stressful task was catching up with work teams.

More than 75% respondents found video calling made them more anxious than telephone calls and nearly half of them said it was worse than face-to-face meetings.

Some ways to overcome Zoom Anxiety include practising presentations, limiting number of daily calls, and being prepared with technicalities beforehand.

The death toll in a landslide that buried more than a dozen village houses in southeastern Myanmar has climbed to 56, an official said Monday. The landslide hit a village in Paung township on Friday. Zaw Zaw Htoo, a member of parliament from Paung who arrived at the scene over the weekend, said three more […]

An explosion near a military training centre in the Afghan capital on Thursday killed at least six people and wounded six more, two security officials said, without elaborating. The cause of the blast, near the Marshal Fahim National Defense University, was not immediately clear. Source: thehindu.com Related

Supporters of audio and visual coverage say the high-profile nature of Floyd’s death, and courtroom restrictions caused by the coronavirus pandemic make this the right time and case to allow cameras in court Source: thehindu.com Related