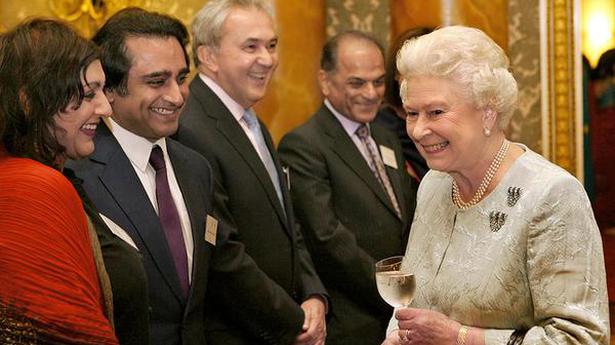 The cult British television and radio comedy Goodness Gracious Me has made an official contribution to the English vocabulary.

The word ‘chuddies’, meaning an undergarment for the nether regions, is one of 650 words in the Oxford English Dictionary’s quarterly list of additions announced on March 18.

The entry for chuddies cites usages dating back to 1885, but the addition, a post on the OED website makes clear, is more to do with the usage from the show.

“Our coverage of British Indian usage gets an update with the addition of the dismissive kiss my chuddies (underpants), popularised as a catchphrase by actor and writer Sanjeev Bhaskar playing one half of the teenage duo known as the Bhangra Muffins in the 1990s BBC comedy sketch show Goodness Gracious Me,” the post said. In a tweet on Thursday, Mr. Bhaskar said, “This has got to be worth a CBE hasn’t it? I came up with ‘Kiss My Chuddies’ when doing comedy stuff [with] @thenitinsawhney & then used it in #GoodnessGraciousMe.” Mr. Sawhney, the other half of the duo in the recurring sketch on the television show, responded, “Chuddies are more CBeebies than CBE… But you should get a knighthood for knocking my beanie hat off at the oval house. Brought me to my senses…” CBE is short for Commander of the Most Excellent Order of the British Empire, an honour awarded in the U.K., and CBeebies is a television channel aimed at children.

The March update included entries that came in response to appeals by the dictionary team to the public for words from regional vocabularies. Other words include the charming ‘sitooterie’ (a Scottish usage originally meaning a secluded alcove where one can sit apart from others, now used mainly for an outdoor feature with the same use, like a gazebo.

Another word is bide-in (also Scottish, for a person living with someone in a non-marital romantic relationship) that an OED blog post notes is less ambiguous than ‘partner’ and more grown up than girlfriend/boyfriend.

Exomoon (a satellite orbiting a planet in other solar systems), hir (a gender-neutral pronoun or possessive adjective) and presser (short for press conference) were also part of the update.

Islamic State (IS) has claimed responsibility for the coordinated bombings in Sri Lanka that killed 321 people and injured about 500, the group’s AMAQ news agency said on Tuesday. The group did not give any evidence for its claim. The Sri Lankan government has blamed National Thowheeth Jamaath (NTJ) after seven suicide bombers struck at […]