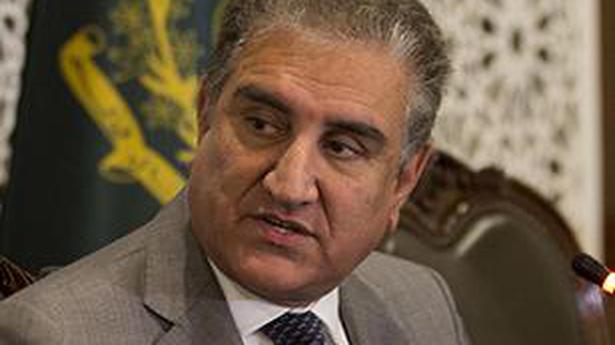 Career diplomat Moin-ul-Haq has been appointed as Pakistan’s new High Commissioner to India to start a new process of engagement with the country where a new government will be formed soon, amid strained relations between the two nuclear-armed neighbours.

Mr. Haq, in his mid-fifties is the current ambassador to France. He has previously served as chief of protocol at the Foreign Office. He joined Foreign Service of Pakistan in 1987 and was posted in countries like Turkey, Canada and Sri Lanka.

The post of High Commissioner to India fell vacant after Sohail Mehmood was appointed Pakistan’s new foreign secretary in April.

The decision came after a detailed meeting with Prime Minister Khan, who formally approved the new appointments, Foreign Minister Shah Mahmood Qureshi said in a video message on Monday night.

Mr. Qureshi said, “New Delhi, India, is very important After consultation I have decided to appoint Mr. Moin-ul-Haq, the current ambassador in France, who will be sent to Delhi, and I hope that he [Haq] will deliver.”

Mr. Qureshi said that Indian elections were coming to an end and it was possible that after the elections a new process of engagement could start. The results of India’s general election would be announced on May 23.

The relationship between the two neighbouring nations currently is at all-time low after a Pakistan-based Jaish-e-Mohammed (JeM) suicide bomber attacked a CRPF convoy in Pulwama in Jammu and Kashmir on February 14 that killed 40 soldiers.

Amid mounting outrage, the Indian Air Force (IAF) carried out a counter-terror operation, hitting what it said was a JeM training camp in Balakot, deep inside Pakistan on February 26.

The next day, the PAF retaliated and downed a MiG-21 in an aerial combat and captured an IAF pilot, who was later released and handed over to India on March 1.

Mr. Qureshi expressed hope that Mr. Haq would perform his new job with best of his abilities.

Since assuming the office in August last year, Prime Minister Khan repeatedly reached out to India for the resumption of peace talks on all outstanding issues. But India has made it clear to Pakistan that terrorism and dialogue will not go hand-in-hand.

Confirming other major appointments, the foreign minister said Naghmana Hashmi, career diplomat, is being sent to China, which is “very important” country for Pakistan.

She will replace Masood Khalid, the incumbent envoy to China, after completion of his tenure.

Ambassador in Kuwait Ghulam Dastagir will replace Muazzam Ali Khan in Abu Dhabi, while Qazi Khalilullah, serving as ambassador in Russia, was being given an extension of six months.

Mr. Qureshi hoped that the newly-appointed ambassadors and consul generals will play a pivotal in promoting the soft image of Pakistan and will adopt the best behaviour with Pakistani community living abroad.

President Donald Trump signed a proclamation on Monday recognizing Israel’s sovereignty over the Golan Heights, reversing more than a half-century of U.S. policy. Standing alongside Israeli Prime Minister Benjamin Netanyahu at the White House, Trump made formal a move he announced in a tweet last week. The president said it was time for the U.S. […]

WHO reports most coronavirus cases in a day as cases approach five million Source: indiatoday.in Related