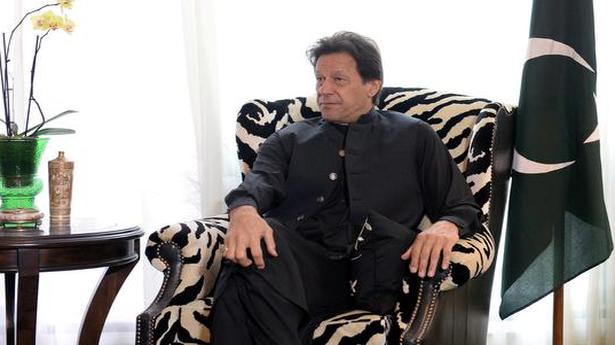 Pakistan has offered rare backing to Turkey in its offensive against Kurdish forces in Syria, with Turkey’s President Recep Tayyip Erdogan expected to visit Islamabad later this month.

“The Prime Minister told him that Pakistan fully understands Turkey’s concerns relating to terrorism,” it said, adding “Pakistan is fully cognizant of the threats and challenges being faced by Turkey having lost 40,000 of its people to terrorism”.

“We pray that Turkey’s efforts for enhanced security, regional stability and peaceful resolution of the Syrian situation are fully successful,” Mr. Khan was quoted as saying.

Turkey on Wednesday launched an offensive in northern Syria targeting the Kurdish-led Syrian Democratic Forces, a key US ally in the five-year battle to crush the Islamic State group. The SDF lost 11,000 fighters in the US-led campaign.

It is Turkey’s third such operation since the start of the war in Syria and has been met with international condemnation.

President Donald Trump has faced a firestorm of criticism for appearing to greenlight Turkey’s offensive into northeastern Syria, which began after Mr. Trump ordered U.S. troops to pull back from the border.

Disneyland in Shanghai will reopen on May 11

Only limited attendance will be allowed initially, and visitors will need to book tickets and make reservations in advance Source: thehindu.com Related

Prime Minister Boris Johnson’s Conservative Party appeared on course Friday to win a solid majority of seats in Britain’s Parliament- a decisive outcome to a Brexit-dominated election that should allow Johnson to fulfill his plan to take the UK out of the European Union next month. With about half the results declared, Johnson said it […]