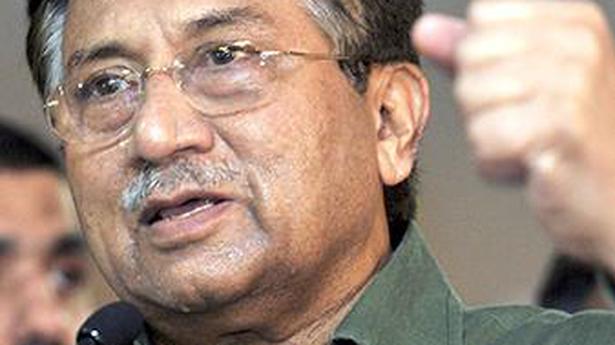 A Pakistani court has dismissed a petition seeking deletion of terrorism charges against former military dictator Pervez Musharraf and transfer of his case from the Anti-Terrorism Court (ATC) to the sessions court, according to a media report.

The bench dismissed the petition on Wednesday because of repeated absence of Mr. Shah during the hearing of the case, Dawn News reported.

The former military ruler has been seeking deletion of terrorism charges and subsequent transfer of his case from the ATC to the sessions court on the ground that initially the first information report (FIR) was registered under the Pakistan Penal Code against him in connection with the detention of 60 judges of the superior judiciary after the imposition of emergency on November 3, 2007.

However, in 2013, a single-member bench of the IHC had ordered the police to invoke the anti-terror law against Mr. Musharraf since detaining judges is “an act of terrorism”.

The ATC has already declared Mr. Musharraf a proclaimed offender in the judges’ detention case as he has been abroad since March 2016, the report said.

The prosecution has laid entire evidence against the accused in this case. However, the trial is standstill as the former military leader is absconding in the case.

In 2009, the Secretariat police had registered the judges’ detention case against Mr. Musharraf on the complaint of advocate Mohammad Aslam Ghumman.

The complainant said that the former president, soon after the imposition of emergency in 2007, had kept 60 judges of the superior courts under detention for over five months at their residences, it said.

Interestingly, despite the prosecution’s repeated requests none of the detained judges or their family members testified before the ATC. Moreover, the prosecution did not mention in the FIR names of the judges detained.

Taking benefit of legal loopholes, Mr. Musharraf’s counsel Mr. Shah challenged the terrorism charges. As per the petition, Section 7 of the ATA, 1997, was inserted in the case on the orders of the IHC, but the charges were not proved during the investigation. The petition added that no evidence was produced in connection with Section 7 of the ATA by the investigators and prosecution.

While referring to an order of the IHC, it said, a division bench comprising Justice Noorul Haq Qureshi and Justice Riaz Ahmed Khan had held that lawyers’ allegations could not be considered as evidence.

US could extend period for border restrictions, says Customs Commissioner

When Hong Kong’s leader Carrie Lam appeared before the press on Tuesday, she appeared to be expecting to deliver a brief statement and move on. Instead she faced a media onslaught. No sooner were her prepared remarks finished than the full-frontal assault, in both Cantonese and English, began. “You blame your own political misjudgement on […]

He hits out at Western governments and their Arab ‘puppets’ Source: thehindu.com Related