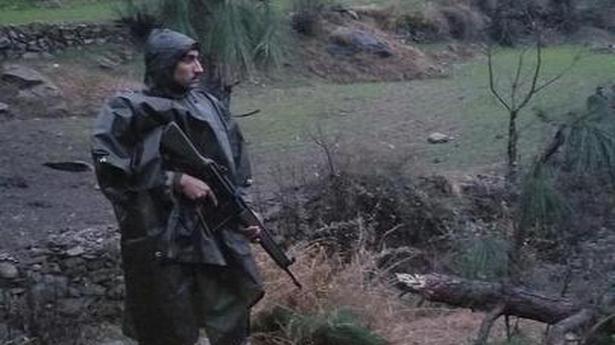 Officials on Thursday prevented a Reuters team from climbing a hill in Balakot area in northeastern Pakistan to the site of a madrasa and a group of surrounding buildings that were targeted by the Indian Air Force on February 26.

It is the third time in the past nine days that Reuters reporters have visited the area, and each time the path up to what villagers say was a religious school run at one time by terror outfit Jaish-e-Mohammed (JeM) and what India says was a terrorist training camp was blocked.

The security officials guarding the way to the site cited “security concerns” for denying access. They stuck to the Pakistani government’s position that no damage was caused to any buildings and there was no loss of life.

In Islamabad, the military’s press wing has twice called off visits to the site for weather and organisational reasons and an official said no visit would be possible for a few days more due to security issues.

The Reuters team could view the madrasa from 100 metres away and only from below. The building that reporters could see was surrounded by pine trees, and did not show any signs of damage or activity but given the view, the assessment is very limited.

Villagers told Reuters that the ‘school’ was no longer operational. “It was shut down in June last,” said one, who asked not to be identified.

On previous visits, a number of residents had said the madrasa was run by the JeM. A sign with the group’s name had previously stood near the site but was later removed.

Japanese whaling ships prepared on Sunday to set to sea, with crews gathering on decks in a northern port a day ahead of Japan’s first commercial whaling hunt in more than 30 years. The hunt will be confined to Japan’s exclusive economic zone. It announced last year it was leaving the International Whaling Commission (IWC) […]

Indonesia adds Microsoft, others to list of tech firms that must pay VAT

The companies in Friday’s announcement must start charging VAT to advertisers and other customers from Nov. 1, the Directorate General of Taxes said in a statement. Source: thehindu.com Related

U.S. prosecutors announced charges on Thursday against WikiLeaks founder Julian Assange, accusing him of conspiring with former Army intelligence analyst Chelsea Manning to gain access to a government computer as part of one of the largest compromises of classified information in U.S. history. Mr. Assange, arrested by British police in London and carried out of […]