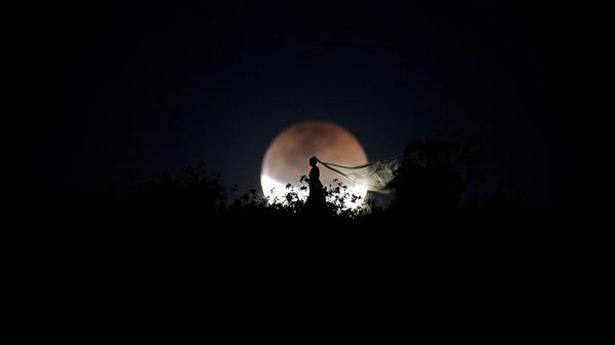 Muqadas Ashraf was just 16 when her parents married her off to a Chinese man who had come to Pakistan looking for a bride. Less than five months later, Ms. Ashraf is back in her home country, pregnant and seeking a divorce from a husband she says was abusive.

She is one of hundreds of poor Christian girls who have been trafficked to China in a market for brides that has swiftly grown in Pakistan since late last year, activists say. Brokers are aggressively seeking out girls for Chinese men, sometimes even cruising outside churches to ask for potential brides. They are being helped by Christian clerics paid to target impoverished parents in their congregation with promises of wealth in exchange for their daughters.

Parents receive several thousand dollars and are told that their new sons-in-law are wealthy Christian converts. The grooms turn out to be neither, according to several brides, their parents, an activist, pastors and government officials. Once in China, the girls most often married against their will can find themselves isolated in remote rural regions, vulnerable to abuse, unable to communicate and reliant on a translation app even for a glass of water.

“This is human smuggling,” said Ijaz Alam Augustine, the Human Rights and Minorities Minister in Pakistan’s Punjab province. “Greed is really responsible for these marriages … I have met with some of these girls and they are very poor.”

Mr. Augustine accused the Chinese government and its embassy in Pakistan of turning a blind eye to the practice by unquestioningly issuing visas and documents. The Chinese Ministry of Foreign Affairs denied that, saying China has zero tolerance for illegal transnational marriage agencies.

On Monday, Pakistan’s Federal Investigation Agency arrested eight Chinese nationals and four Pakistanis in raids in Punjab province in connection with trafficking, Geo TV reported. It said the raids followed an undercover operation that included attending an arranged marriage. The Chinese embassy said last month that China was cooperating with Pakistan to crack down on unlawful matchmaking centers.

In China, demand for foreign brides has mounted, a legacy of the one-child policy that skewed the country’s gender balance toward males. Brides initially came largely from Vietnam, Laos and North Korea. Now men are looking further afield, said Mimi Vu, director of advocacy at Pacific Links, which helps trafficked Vietnamese women. “It’s purely supply and demand,” she said. “It used to be, ‘Is she light-skinned?’ Now it’s like, ‘Is she female?’”

Across the vast expanse of this desert air base, hundreds of tents have popped up and a newly arrived squadron of US Air Force F-15E fighters is lined up on the tarmac, flying daily missions over Iraq and Syria. Off in the distance, two American Patriot missile batteries are scanning the skies, prepared to knock […]

A blast on Friday rocked Pakistan’s Buleli area in Quetta leaving people wounded. The blast near a police vehicle injured many people who were taken to a hospital in Buleli. On Monday, a blast targeting a police vehicle in Quetta had wounded nine people including three policemen. The police and Frontier Corps personnel cordoned off […]

We are killed in cold blood by Turkish proxies: Syrian Kurds

Syrian Kurdish mother Shara Sido says the news came to her via a messaging application. She received an image of a bullet-riddled corpse with the instruction: “Come collect your son.” Sitting inside a modest house in the de-facto Syrian Kurdish capital of Qamishli, the 65-year-old said, “This is the monster”, showing a photograph of the […]