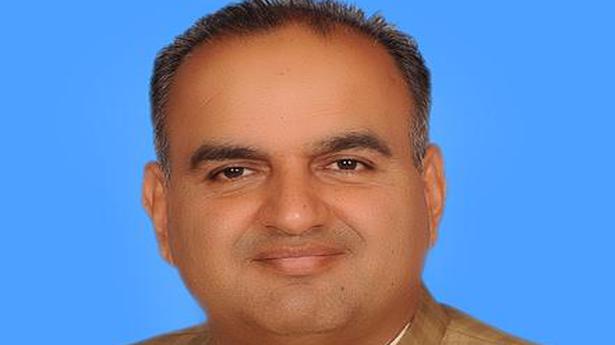 A Hindu lawmaker from Prime Minister Imran Khan’s party has moved two Bills in Parliament seeking enhancement of punishment for those involved in forced conversion and for making child marriage a cognizable offence, amid the nationwide outrage over the alleged forced conversion of two teenage girls from the minority community.

Dawn reported that the Bills, moved in the wake of alleged kidnapping of two Hindu girls and their forced conversion to Islam, were accompanied by a resolution with the support of minority lawmakers from all major political parties.

The five-point resolution called for immediate passage of the Bill against forced conversions, which had been unanimously passed by the Sindh Assembly in 2016 and then reverted due to pressure of extremist elements, from all the legislatures.

Through the resolution, the lawmakers demanded strict action against the culprits, including religious figures who are involved in forced conversions.

Mr. Vankwani, who is also patron-in-chief of Pakistan Hindu Council (PHC), later told the media that unfortunately the practice of child marriage was common in all parts of Pakistan, particularly in poverty-hit areas.

Sri Lanka has initiated a plan to ban the burqa as interrogation of suspects and other evidence are pointing to the involvement of a large number of women in the Easter Sunday attacks that killed at least 321 people and wounded nearly 500 others in the island nation, a media report said on Tuesday. The […]

37 dead in ethnic clashes in Chad

At least 37 people have been killed in fighting this week between rival ethnic groups in Chad, President Idriss Deby said on Friday. “The intercommunal conflict has become a national concern,” Mr. Deby said at a press conference to mark the country’s independence day. He said that in just three days, 37 people were killed […]

At least six construction workers, believed to be Indian nationals, were killed in Oman when they were buried at an excavation site of a water pipeline project due to heavy rains. The incident happened in the Seeb area of Muscat following heavy rain on Sunday, the Indian Embassy in Muscat said. “We are deeply saddened […]