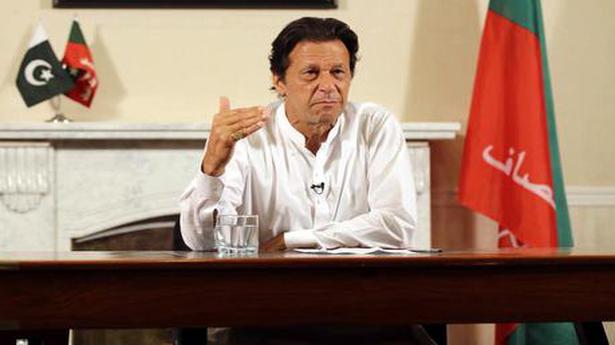 The Ministry of External Affairs (MEA) informed that a number of regional leaders, including former President of Maldives Mohammed Nasheed, called PM Modi and expressed desire to work towards regional development and peace.

“He stressed that creating trust and an environment free of violence and terrorism were essential for fostering cooperation for peace, progress and prosperity in our region,” stated the MEA after Mr. Khan spoke to Mr. Modi on phone. During the phone call, Mr. Modi said that he recollected initiatives like “Neighbourhood First” that were started during his first tenure from 2014-’19.

This was the first direct communication between the two leaders since the February 14 Pulwama terror attack and the Balakot air strike that India carried out subsequently.

Pakistan Foreign Office informed that Mr. Khan reiterated his vision for peace, progress and prosperity in South Asia during the phone call. “The Prime Minister said he looked forward to working with Prime Minister Modi to advance these objectives,” Dr. Mohammad Faisal, Spokesperson of Pakistan’s Ministry of Foreign Affairs announced in a social media message.

The Central Bureau of Investigation (CBI) on Wednesday arrested a security official in connection with its probe into the murder of two journalists in separate incidents in 2017. Swarupananda Biswas, Assistant Commandant in the 2nd battalion of paramilitary Tripura State Rifles (TSR), is the second senior officer arrested after former battalion Commandant Tapan Debbarma, for […]

US President Donald Trump’s national security adviser denied that US intelligence officials have warned that Russia has been interfering in the US presidential campaign to boost Trump’s re-election chances. “I haven’t seen any intelligence that Russia is doing anything to attempt to get President Trump reelected,” Robert O’Brien, who was appointed by Trump to the […]