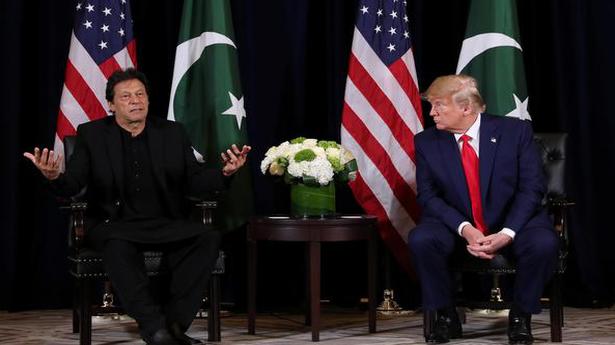 Pakistani Prime Minister Imran Khan said on Tuesday that both the United States and Saudi Arabia asked him to mediate with Iran to defuse tensions.

“Trump asked me that if we could de-escalate the situation and maybe come up with another deal,” Mr. Khan told reporters.

“Yes, we did convey this, and yes, we’re trying our best,” he said.

“I immediately spoke to President Rouhani yesterday after the meeting with President Trump. I can’t say anything right now more than this except that we’re trying and mediating,” he said.

In Saudi Arabia, which was hit earlier this month by attacks on its oil infrastructure blamed on Iran, Crown Prince Mohammed “also asked me to talk to the Iranian president,” Mr. Khan said.

Pakistan traditionally has strong relations with Saudi Arabia but also maintains ties with Iran, with Islamabad representing Tehran’s consular interests in the United States in the absence of diplomatic relations.

The leaders of France, Germany and Japan were all also meeting with both Mr. Rouhani and Mr. Trump at the United Nations in hopes of reviving diplomacy.

Mullah Akhtar Mansour was killed in a drone strike in 2016 Source: thehindu.com Related

The development comes amid Sri Lanka’s second wave of the coronavirus, spreading since early October. About 40 Indians, engaged in construction work in Colombo for over a year, have contracted COVID-19 and sent to a Jaffna hospital for treatment, Sri Lankan media reported on Thursday. According to media reports, the workers were part of the […]

US was aware but did not spy on India’s A-SAT missile test, says Pentagon

The Pentagon has strongly denied the reports that the US spied on India’s anti-satellite (ASAT) missile test by sending a reconnaissance aircraft from its base in Diego Garcia in the Indian Ocean to monitor the development. It, however, said the United States was aware about India’s first test-fire of an anti-satellite missile. “No US assets […]