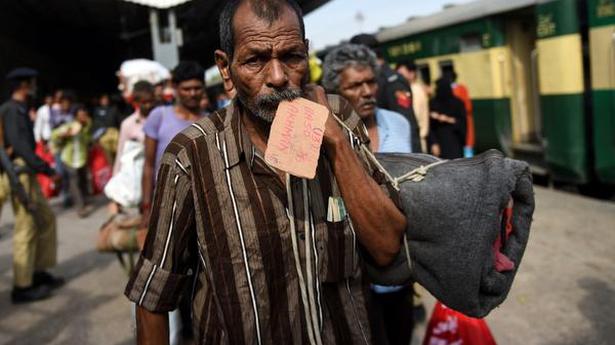 Pakistan has released another 100 Indian fishermen as a goodwill gesture amidst tensions between the two countries after the Pulwama terror attack.

The fishermen released on Saturday were part of the second batch of 360 Indian prisoners Pakistan has promised to set free in four phases this month.

Pakistan released the first batch of 100 Indian fishermen on April 7.

The fishermen, who were released from Malir Jail in Karachi on Saturday, were being taken to Lahore by train, officials said. They will be handed over to the Indian authorities at the Wagah border on Monday.

They had been arrested for fishing illegally in Pakistani waters. Another 100 will be freed on April 22 and the rest on April 29.

Taliban militants have kidnapped 27 peace activists from a highway in Afghanistan’s western Farah province, local officials and peace activists said on Wednesday. Massoud Bakhtawar, the Deputy Governor of Farah, said the activists were travelling in six cars from Herat to Farah on Tuesday evening when their convoy was stopped by the Taliban on a […]

A former chairman of the government of China’s troubled northwest region of Xinjiang, an ethnic Uighur, has been arrested for graft, national prosecutors said on Tuesday. Nur Bekri was the regional government’s chairman for seven years until 2014 — a period that was marked by a spate of deadly violence in the region, including riots. […]

Senior British politicians, including the contenders to be the next Prime Minister, joined journalists on Saturday in criticising police for warning media not to publish leaked government documents, saying it was a “dangerous road to tread”. Last week, a Sunday newspaper published leaked memos from Britain’s Washington Ambassador that provoked a serious diplomatic spat with […]