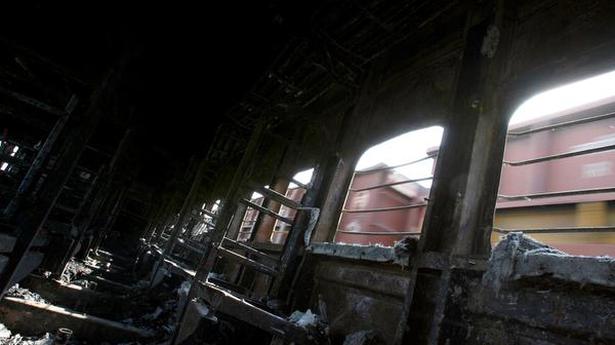 Pakistan on Wednesday summoned the Indian High Commissioner Ajay Bisaria to lodge a protest against the acquittal of all four accused, including Aseemanand in the 2007 Samjhauta terror attacks that left 68 people, mostly Pakistanis, dead.

Pakistan’s Acting Foreign Secretary, in a statement, said that Pakistan had consistently raised the “lack of progress and the subsequent, concerted attempts by India to exonerate the perpetrators of this heinous terrorist act in which 44 innocent Pakistanis lost their lives”.

The issue was raised repeatedly, including at the sidelines of the ‘Heart of Asia Meeting’ in 2016, the statement said.

Trump to meet Modi, Xi on sidelines of G-20 summit in Japan

US President Donald Trump will hold a number of meetings with world leaders, including Prime Minister Narendra Modi and Chinese President Xi Jinping, on the sidelines of G-20 meeting in Japan this week and is expected to discuss several issues, including trade. Mr. Trump is scheduled to leave for Japan on June 27 to attend […]

Democrat Beto O’Rourke dropped out of the crowded 2020 U.S. presidential race on Friday, saying it had become clear his campaign did not have the resources to continue to seek his party’s nomination. “My service to the country will not be as a candidate or as the nominee. Acknowledging this now is in the best […]

China is “blackmailing” India into using Huawei for its 5G infrastructure, an influential U.S. Congressman alleged on Tuesday, even as Beijing hoped that New Delhi will not succumb to any pressure from America. The U.S. has banned Huawei, the world leader in telecom equipment and the number two smartphone producer, over concerns of security, and […]