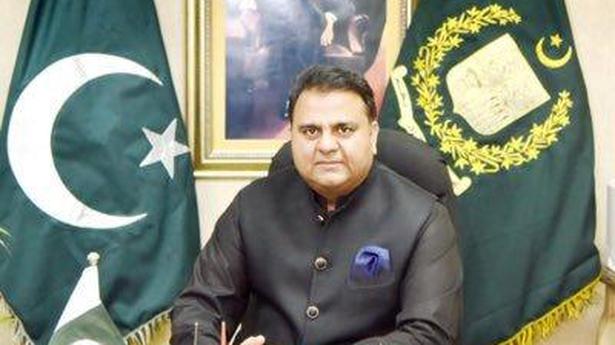 Pakistan on July 25 announced that it will send its first astronaut to space in 2022 using close ally China’s satellite launch facilities.

Fawad Chaudhry, Pakistan’s Minister for Science and Technology, said the selection process of the astronaut for the space mission would start from February 2020.

“Proud to announce that selection process for the first Pakistani to be sent to Space shall begin from February 2020. Fifty people will be short-listed. The list will then come down to 25 and in 2022 we will send our first person to space. This will be the biggest space event of our country,” Mr. Chaudhry said in a tweet.

He said the Pakistani Air Force will play a lead role in the selection process of the astronaut for the space mission. “The Air force will be the custodian of the selection process. Globally pilots are selected for space missions,” he was quoted as saying by the Dawn News website. He said that initially 50 pilots will be selected, from which the list will be brought down to 25 and then 10. “Ten pilots will be trained and eventually one pilot will be sent to space,” he said.

One of them was a remote sensing satellite (PRSS1) — a dual-purpose Earth observational and optical satellite. The second test satellite launched was a PAK-TES-1A to enhance satellite manufacture capabilities in the country.

Three people were killed and another three seriously injured when a man went on a stabbing spree in a park in the southern English town of Reading on Source: thehindu.com Related

A magnitude 6.4 earthquake struck the southern Philippines on October 16, killing at least one child and injuring more than two dozen other people. Government authorities were starting to receive reports from field officials on the island of Mindanao where the earthquake struck, opening cracks in buildings and homes, sending residents running from shops and […]

Preparedness in Britain for a no-deal Brexit remains “at a low level”, with logjams at Channel ports threatening to impact drug and food supplies, according to government assessments released on Wednesday. MPs voted last week to force the government to publish the no-deal “Operation Yellowhammer” document, which also warns of “public disorder” in such a […]