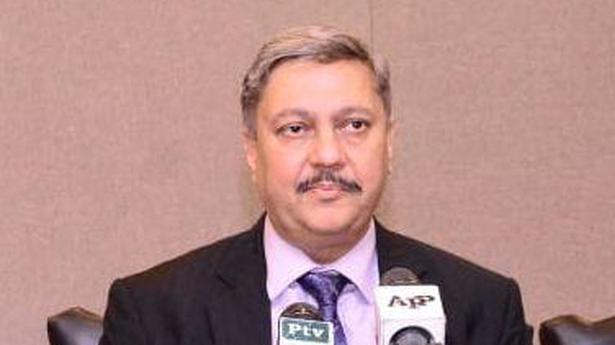 Pakistan has told India that it will not open its airspace for commercial flights until New Delhi removes its fighter jets from forward IAF airbases, Pakistan’s Aviation Secretary Shahrukh Nusrat has informed a parliamentary committee.

Mr. Nusrat, who is also the Director-General of the Civil Aviation Authority (CAA), on July 11 informed the Senate Standing Committee on Aviation that his department has intimated Indian officials that Pakistan airspace would remain unavailable for use by India until the country withdraws its fighter jets from forward positions, Dawn News reported.

“The Indian government approached asking us to open the airspace. We conveyed our concerns that first India must withdraw its fighter planes placed forward,” Mr. Nusrat told the committee.

This is probably the first time a senior Pakistani official has publicly stated Islamabad’s precondition for reopening its airspace after the Balakot air strikes.

The CAA official also contested India’s claim that Delhi had opened its airspace for Pakistan, an report in The Express Tribune said. “Pakistan flights from Thailand have not been restored since the closure of the Indian airspace. Pakistan International Airlines (PIA) flights for Malaysia also remain suspended,” the CAA DG informed the committee.

In June, Pakistan gave special permission to Prime Minister Narendra Modi’s flight to use its airspace for his official trip to attend the Shanghai Cooperation Organisation Summit in Bishkek, the capital of Kyrgyzstan. However Mr. Modi’s aircraft avoided flying over Pakistan. Earlier, Pakistan allowed former External Affairs Minister Sushma Swaraj to fly directly though Pakistan airspace to participate in the meeting of SCO Foreign Ministers in Bishkek on May 21.

India aviation industry has suffered huge losses due to the airspace ban by Pakistan.

On July 11, Civil Aviation Minister Hardeep Singh Puri told Parliament that due to the closure of Pakistan airspace, Air India had to spend an extra ₹430 crore on longer routes.

Any reservations Afghanistan has with Islamabad should be resolved bilaterally rather than involving the United States, Pakistans foreign minister said on Sunday, in reference to part of a joint U.S.-Afghan declaration on peace efforts. The declaration was announced on Saturday by Afghan President Ashraf Ghani, U.S. Defence Secretary Mark Esper and NATO Secretary-General Jens Stoltenberg […]

The Saudi student who fatally shot three people at a U.S. naval base in Florida hosted a dinner party earlier in the week where he and three others watched videos of mass shootings, a U.S. official told on Saturday. One of the three students, who attended the dinner party, videotaped the shooting, as it was […]

Sri Lanka has banned veils citing “security” reasons following Easter attacks, but the decision has sparked a host of concerns within the Muslim community. President Maithripala Sirisena said that the ban, being brought under emergency law, was in the interest of national security and public safety, so that individuals were easily identifiable. In this instance, […]