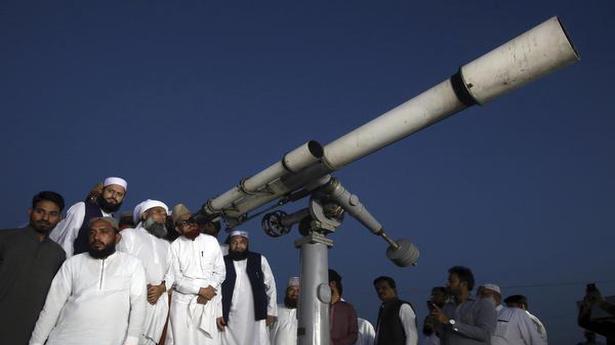 In an unusual move, Pakistan’s science and technology minister on Monday invited the country’s two leading clerics to see how “easy” science has made it to predict the lunar calendar to calculate the start of the holy fasting month of Ramzan.

In a statement that could further anger the conservative clerics in the Muslim majority nation, Federal Minister for Science and Technology Fawad Chaudhry invited Mufti Muneebur Rehman and Shahabuddin Popalzai to see how the moon cycle works.

His invitation comes as the government of Prime Minister Imran Khan advocated a science-based lunar calendar to calculate the start of Ramzan.

“We are inviting Maulana Muneebur Rehman and Shahabuddin Popalzai to come and witness how the moon cycle works,” wrote Chaudhry on Twitter.

“And see for themselves how easy science has made it to predict the lunar calendar. There is no need for an arduous task,” he said sarcastically.

Since assuming office as the minister for science and technology, Chaudhry has been pushing for using science for the Islamic calendar and doing away with the traditional moon sighting method used by the Ruet-e-Hilal Committee.

“Every year on the occasion of Ramadan, Eid and Muharram a controversy starts regarding moonsighting,” Chaudhry said in a video he tweeted on May 5 in which he recalled watching the committee use telescopes to make their calculations.

Recently, Pakistan’s lower house was told that ₹3.06 million was spent on the sighting of the moon for Muharram, Ramazan, Eidul Fitr and Eidul Azha in 2018.

Earlier this month, the minister formed a five-member committee comprising officials from the S&T ministry, Space and Upper Atmosphere Research Commission (Suparco) and Pakistan Meteorological Department to prepare a lunar calendar and publish it by the 15th of Ramzan.

Speaking at an event at Karachi University, he said the ministry was also working on a mobile phone app that will enable people to sight the moon on their devices, the Express Tribune reported Monday.

Zahran Hashim, alleged mastermind of the Easter Sunday terror attacks in Sri Lanka, likely transited Tamil Nadu when he travelled to other Indian cities, according to Sri Lankan authorities. However, officials have not, so far, found any air travel records or immigration entries confirming that Hashim flew to India. “It’s possible that he went from […]

The attack on the hospital was one of the several attacks of the last two days which included a deadly strike on a funeral of a local commander in Nangarhar province and a check post of the Afghan national army in Laghman province. Source: thehindu.com Related

The total figure could be much higher. Source: thehindu.com Related