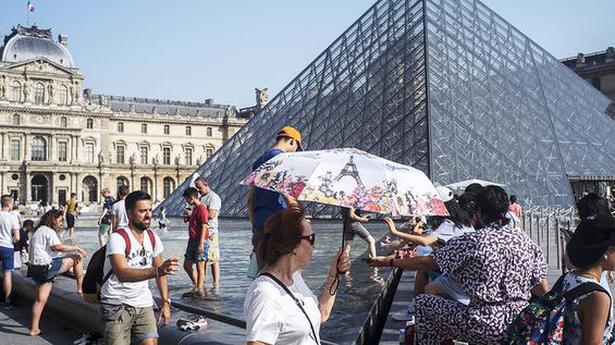 Record temperatures are being set across Europe, including Paris, as the continent swelters on Thursday in what is its second heat wave this summer.

Climate scientists warn this could become the new normal in many parts of the world. But temperate Europe where air conditioning is rare isn’t equipped for the temperatures frying the region this week.

The Netherlands and Belgium also reported new record heats and Britain is expected to do so later.

The Netherlands’ meteorological institute said 40.4 C was recorded on Thursday in the municipality of Gilze Rijen, near the border with Belgium. In Belgium the new all-time high rose to 40.6 C.

Britain also expects to breach the 39 C mark for the first time after London recording its hottest day on record for July, with the mercury climbing to 36.9 C at Heathrow Airport.

Donald Trump vs Nancy Pelosi: State of the Union turns into a snub match

A bitter feud between U.S. President Donald Trump and top Democrat Nancy Pelosi boiled over at his State of the Union speech on Tuesday, with Mr. Trump denying her a handshake and Ms. Pelosi ripping apart a copy of his remarks behind his back. Trump avoided the subject of his impeachment drama in a pugnacious […]

U.S. President Donald Trump said on Wednesday the coronavirus statistics China was reporting seemed “a little bit on the light side,” while his national security adviser said Washington had no way of knowing if Beijing’s figures were accurate. The comments came after a senior Republican lawmaker cast doubt on Beijing’s data and Bloomberg News said […]

China reported 16 new coronavirus cases for May 31, the highest since May 11 and up from 2 cases reported a day earlier, the country’s health commiss Source: thehindu.com Related