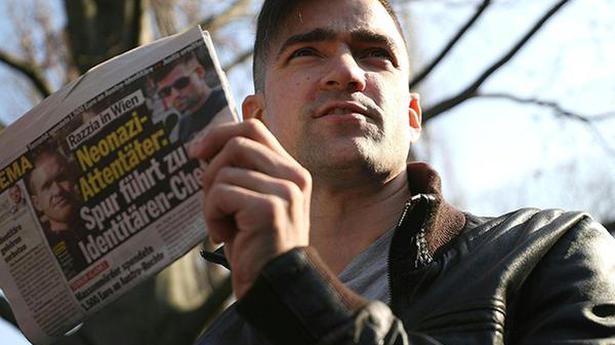 Since the March 15 terror attack in Christchurch, New Zealand, where a far-right extremist killed 50 people in mosques, media focus has shifted to such groups operating in Europe.

One such group is the Identitarian Movement, known for its radical “activism” against Muslims, migrants, refugees and other minorities. While the movement calls itself a “patriotic NGO”, it is known for its political extremism, racism and hate speech.

According to the Austrian government, Martin Sellner, the leader of the country’s Identitarian Movement, received a €1,500 donation from the Christchurch attacker.

“We can now confirm that there was financial support and so a link between the New Zealand attacker and the Identitarian Movement in Austria,” Chancellor Sebastian Kurz said in late March.

Mr. Sellner said on a video posted on YouTube that he had received a donation in early 2018, which involved an email address that matched the name of the Christchurch terrorist. However, he also pointed out that he is “not a member of a terrorist organisation” and that he has “nothing to do with this man, other than that I passively received a donation from him”.

Mr. Sellner himself used to praise the Freedom Party’s work in the government and particularly Interior Minister Herbert Kickl, one of the country’s leading right-wing radicals. Mr. Kickl once used to write controversial speeches for Jörg Haider, the Austrian far-right leader who died in October 2008.

Considering the current scandal, the Freedom Party has tried to distance itself from the movement. Clearly, it is under pressure from Chancellor Kurz and his conservative colleagues, who want to see a line of distinction between their coalition partner and the extremist group. Heinz-Christian Strache, the Freedom Party’s leader and Austria’s Vice-Chancellor, has repeatedly claimed that his party has nothing to do with the Identitarian Movement.

“We are not extremists, we are from the middle of society,” he said.

However, many people do not believe that.

“The Freedom Party is an established right-wing extremist party. Their ideology does not differ from that of the Identitarian Movement. I think it is so obvious that we do not even have to debate about it,” said Armin Neuer, 27, a teacher from Innsbruck. He believes the whole act is ridiculous. “Of course, this would not happen without pressure from the Chancellor,” he added.

A recent analysis by Austrian newspaper Die Presse revealed details of those who have donated money to the Identitarian Movement. A lot of them are Freedom Party politicians. But there are also university lecturers, physicians and economists on the list. The newspaper claimed that a neo-Nazi, who used to build bombs to attack immigrants or refugees and who was sentenced in 2005 by an Austrian court, was among the donors.

“They have many supporters, also among young people. You just have to check Sellner’s social media profile to find this out,” said Elias Naderi, 22, a student at the University of Innsbruck. “But this is not something new. It is not a surprise. It is just the Christchurch massacre that brought more attention,” he said.

According to Mr. Naderi, who has Afghan roots, Mr. Sellner’s views have become socially acceptable also inside universities.

Many of Mr. Sellner’s supporters started to call Vice-Chancellor Strache a “traitor”. In the meantime, the leader of the Identitarian Movement portrays himself as a rational mediator, who does not want to see the “patriotic camp” get divided.

Authorities are still investigating Mr. Sellner and his movement. Reportedly, his home has already been raided by the police. A few days ago, dozens of the movement’s members protested against the government’s “criminalisation” in front of the Justice Department.

Emran Ferozis a freelance journalist based in Stuttgart, Germany

U.S. firms sued for death of children in DR Congo

Five U.S. tech giants, including Apple, Microsoft and Google parent Alphabet, have been named in a lawsuit over the death of child labourers in cobalt mines in the Democratic Republic of Congo. Impoverished but mineral-rich DR Congo is the world’s largest producer of the rare metal, which is crucial for making batteries used in mobile […]

European leaders welcomed on Thursday that Boris Johnson’s expected election victory provided clarity on Britain’s withdrawal from the EU, but said it would be challenging to agree a post-Brexit trade deal by the end of 2020. Exit polls showed Johnson’s Conservative Party would enjoy a majority of 86 seats in the 650-seat British parliament. “It […]

WHO warns overseas coronavirus spread may be ‘tip of the iceberg’. Urges all countries to be prepared

The head of the World Health Organization said on Monday there have been “concerning instances” of coronavirus among people with no travel history to China, warning that it could be the “tip of the iceberg”, as he urged all countries to prepare for the possible arrival of the novel virus that has killed over 900 […]