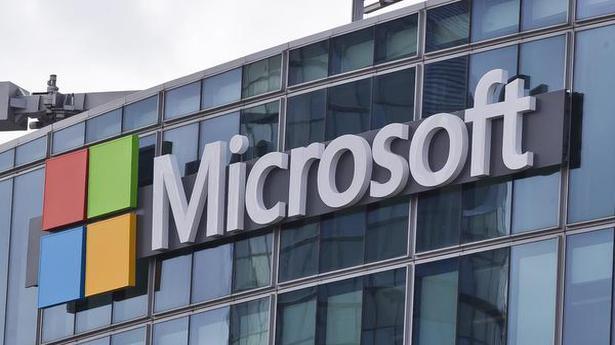 The contentious bidding process for the contract pitted Microsoft, Amazon and Oracle, among others, against one another.

Bidding for the huge government contract has attracted more attention than usual, sparked by speculation early in the process that Amazon would be awarded the deal. Tech giants Oracle and IBM pushed back with their own bids. Oracle also challenged the bid process in federal court, but lost.

The resulting system will store and process vast amounts of classified data, allowing the U.S. military to use artificial intelligence to speed up its war planning and fighting capabilities.

The Department of Defence emphasized in an announcement that the process was fair and followed procurement guidelines.

Over the last year, Microsoft has positioned itself as a friend to the U.S. military. President Brad Smith wrote last fall that Microsoft has long supplied technology to the military and would continue to do so, despite pushback from employees.

Microsoft, Amazon, Google and other tech giants have faced criticism from their own employees about doing business with the government, especially on military and immigration related projects.

Microsoft and Amazon did not immediately respond to a request for comment.

Tehran said on Friday it wanted to download black box recordings itself from a Ukrainian airliner crash that killed all 176 people aboard, amid Western suspicions the plane was brought down by an Iranian missile, probably by mistake. The crash has heightened international pressure on Iran after months of friction with the United States and […]

Iran’s Rouhani says no talks with U.S. unless it lifts sanctions

Iran has no intention to talk to the United States unless all sanctions imposed on Tehran are lifted, President Hassan Rouhani said on Tuesday, a day after President Donald Trump said he would meet his Iranian counterpart to end a nuclear standoff. “Tehran has never wanted nuclear weapons,” Mr. Rouhani said in a speech broadcast […]