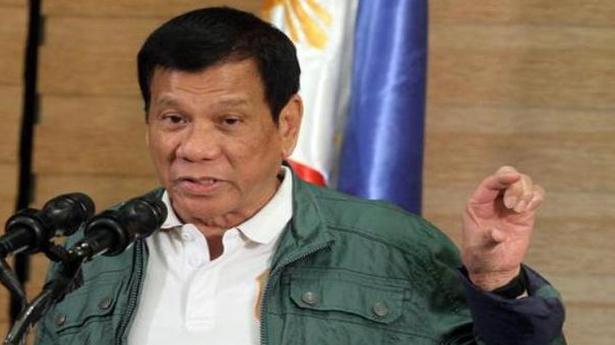 An Indonesian hostage held by Muslim militants in the southern Philippines swam his way to freedom but another drowned while a Malaysian was shot in the back while escaping, officials said Saturday.

The two Indonesians and the Malaysian separately escaped while Philippine marines were attempting to rescue them on Simusa island in southern Sulu province in the last two days, regional military spokesman Lt. Col. Gerry Besana said.

The dramatic escapes leave at least three more hostages in the custody of the Abu Sayyaf, which is blacklisted by the United States and the Philippines as a terrorist organization due to its brutal history of bombings, ransom kidnappings, extortion and beheadings. The remaining captives include a Dutch bird watcher, Elwold Horn, who was kidnapped by the militants in 2012, and two Filipinos.

One of the Indonesians, Heri Ardiansyah, was plucked from the waters by marines on board a gunboat while they recovered the body of his companion, Hariadin, who drowned. The marines gunned down three Abu Sayyaf captors who were trying to chase the two Indonesians at sea, military officials said.

The Malaysian, who was identified by the military as Jari Bin Abudullah, was shot by the militants when he ran away Thursday as marines tried to rescue him and engaged his captors in a gunbattle. Government forces surrounded Simusa island, where a small community thrives near mangroves , to hunt down the remaining Abu Sayyaf gunmen.

The Malaysian was airlifted to Zamboanga city, where he was in critical condition in a hospital, military officials said.

The three hostages were kidnapped off Malaysia’s Sabah state on Borneo island in December last year and taken by speedboat to Sulu, the predominantly Muslim and poverty-wracked province where a few hundred Abu Sayyaf have survived in the jungles despite frequent military offensives.

Army troops on Friday clashed with about 80 Abu Sayyaf gunmen in Sulu’s mountainous Patikul town in a fierce but brief gunbattle that left three soldiers and four militants dead and several wounded on both sides, the military said.

The rebels belong to an Abu Sayyaf faction led by commander Hajan Sawadjaan and aligned with the Islamic State group. Sawadjaan is the main suspect in the bombing of a Roman Catholic cathedral during a Mass that killed 23 mostly churchgoers and two suspected suicide attackers on Jan. 27 in Sulu’s capital town of Jolo.

Women took to the streets over the past year across Latin America – from Mexico and Chile to Argentina and Brazil – demanding governments take action in a region where machismo reigns and gender-based violence is widespread. In Latin America and the Caribbean at least one out of every three women has experienced physical and/or […]

Russian President Vladimir Putin on December 2 signed legislation allowing individuals to be labelled foreign agents, drawing criticism from rights groups that say the move will further restrict media freedoms in the country. An initial foreign agent law was adopted by Russia in 2012, giving authorities the power to label non-governmental organisations and human rights […]

A magnitude 6.3 earthquake struck the central Philippines on Monday, the U.S Geological Survey (USGS) said, and a Reuters witness said office buildings swayed in the main business district of the capital, Manila. The quake struck 60 km (37 miles) northwest of Manila at a depth of 40 km (25 miles). The USGS initially said […]