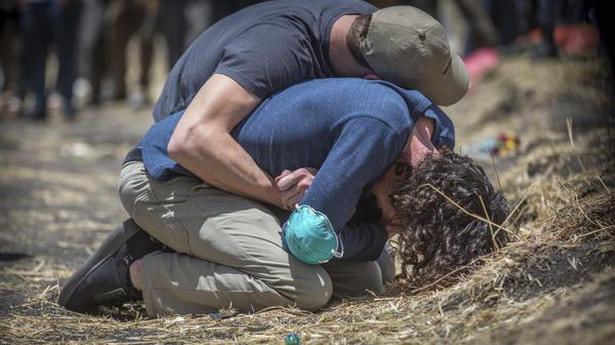 An investigation has begun in Paris into the cause of last week’s crash of a Nairobi-bound Boeing jet that killed all 157 passengers and crew, Ethiopian Airlines said on Friday.

“An Ethiopian delegation led by the chief investigator of [the] Accident Investigation Bureau has arrived in the French Safety Investigation (BEA) facilities and the investigation process has started in Paris,” the airline wrote on Twitter.

The two black boxes from the plane that came down just six minutes after take-off from Addis Ababa on Sunday were taken to Paris on Thursday.

BEA investigators will try to retrieve information from the cockpit voice and flight data recorders, which were damaged in the crash.

Similarities between Sunday’s disaster and that of a Lion Air flight in Indonesia in October that killed 189 people have raised fears about the safety of the Boeing 737 MAX 8 model.

The plane has since been grounded worldwide.

The teenage Sikh girl, who was allegedly abducted and converted to Islam before being married to a Muslim man in Pakistan’s Punjab province has finally found justice. After pressure from India to ensure the safe return of the woman to her family, Pakistan politicians finally intervened and struck a compromise between the family of the […]

After ruling for nearly 14 years, Bolivian President Evo Morales resigned on Sunday alleging a coup. According to a data set, ‘Coups in the World’, the country has witnessed 23 coup attempts between 1950 and 2019, the highest in the world. A coup is defined as an “illegal and overt attempt by the military or […]