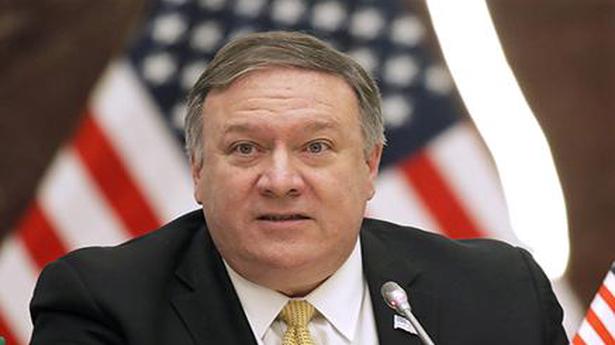 U.S. Secretary of State Mike Pompeo on Wednesday renewed calls for a resolution to a festering dispute between Qatar and four other Arab nations, all of them America’s partners.

On a visit to Kuwait, which has been attempting to mediate an end to the crisis, Mr. Pompeo said the dispute that has roiled the Gulf Cooperation Council for almost two years is hindering efforts to combat regional threats posed by Iran, the Islamic State and other terrorist groups.

Mr. Pompeo lauded mediation efforts in the dispute by Kuwait’s emir and said the United States would do whatever it could to assist.

Bahrain, Egypt, Saudi Arabia and the UAE began a boycott of Qatar in June 2017, alleging that Qatar funds extremist groups and has too-cozy ties to Iran.

Taiwan’s Foxconn was not allowed to resume production in its plant in the southern Chinese city of Shenzhen that had been shut due to the coronavirus outbreak, a person with direct knowledge of the matter told Reuters on Monday. Authorities in the manufacturing hub of Shenzhen will check the plant again later this week to […]

Details of Special Counsel Robert Mueller’s investigation into Russia’s role in the 2016 U.S. election were released on Thursday, showing a series of incidents in which President Donald Trump took actions to impede the probe that raised questions of whether he committed the crime of obstruction of justice. Release of a long-awaited report by Mr. […]