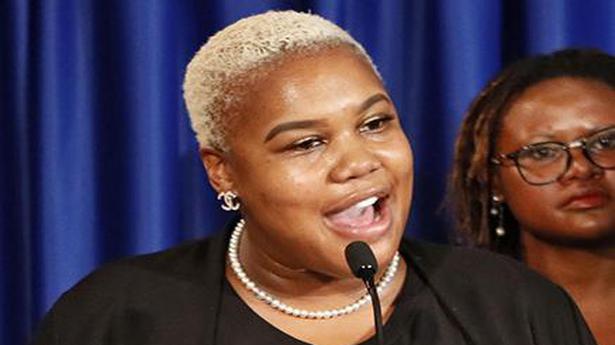 A pregnant African-American lawmaker in Georgia said she was verbally attacked in a supermarket on Friday by a middle-aged white man who used profanity, called her vulgar names and told her to “go back where you came from” as her nine-year-old daughter looked on.

Representative Erica Thomas, a Democrat from Austell, said the man was irate that she was in an express line with too many items. Ms. Thomas said she was in a line for customers with 10 items or less because she cannot stand for long periods of time.

The incident came days after President Donald Trump tweeted that four Congresswomen of colour, including U.S. Representative Ilhan Omar of Minnesota, should go back to the “broken and crime infested” countries they came from.

In Ms. Thomas’s video, she alludes to Mr. Trump’s attacks. She never mentions Mr. Trump’s name but says, “There’s so much hate in this world and it’s being incited by our President every single day.” She said that it appeared the man had already paid for his groceries when he approached her. “He ran up on me and just verbally assaulted me,” she said. At one point, Ms. Thomas said, the man told her “You people are ignorant.”

Ms. Thomas said a store employee at some point approached the man and told him to leave. She said she believes store employees were slow to respond to the assault.

Prime Minister Narendra Modi on Sunday visited St. Anthony’s Shrine in Kochchikade, one of the sites of the horrific Easter Sunday attacks, soon after his arrival in Sri Lanka and paid tributes to the victims of the terror strikes, expressing India’s affirmation of solidarity with the counrty in the wake of the attacks.   “Started […]

Iranian health authorities on Saturday reported the fifth death from the new virus that emerged in China, and said the fatality was from among 10 new confirmed cases of the virus in Iran. So far, 28 cases have been confirmed in Iran, including the five who died. People are being treated for the virus in […]