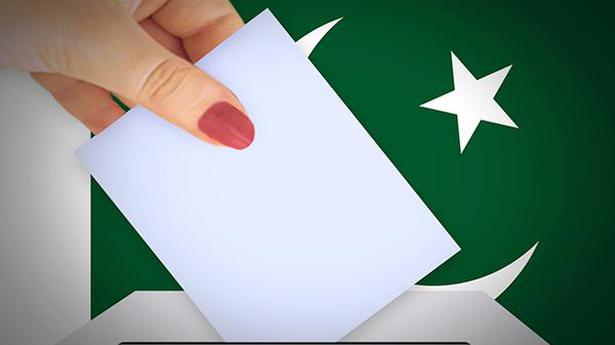 Hamza Ali Abbasi, an actor close to the ruling Pakistan Tehreek-e-Insaf (PTI) party, tweeted earlier this month: “I am beginning to feel that PAKISTAN needs presidential system to get rid of the powerful MNA/MPA (members of the National and Provincial Assemblies) influence, abolition of large Provinces & Administrative Divisions made into smaller Provinces with powerful/empowered directly elected local body Governments.”

Mr. Abbasi’s tweet led to a debate about a presidential system in Pakistan, from social networks to the mainstream media. Some people were of the opinion that this was coming from powerful quarters. Mr. Abbasi clarified on his tweets that when people accuse him of being “a stooge of the establishment” and that his words are “dictated” by the military and intelligence agencies “to help mould public opinion”, he likes it as it makes him feel way more important than he actually is.

Mr. Abbasi is not the only one who has been talking about the presidential system in recent days. In fact, it happens every now and then in Pakistan.

It’s one of Pakistan’s favourite debates, according to Journalist Zebunnisa Burki. “This undying and convenient fascination with a presidential system seems to stem from a mix of sustained anti-politics propaganda (over decades), real frustration with very real challenges faced by the country and its people, and the desire of Pakistan’s ruling powers to redo the balance of power between the Centre and the provinces,” she said.

“We’ve been hearing a lot of talk of the government wishing to undo the 18th Constitutional Amendment (which curtailed the powers of the President and gave more powers to the provinces),” Ms. Burki said. As far as a regular person is concerned, the presidential system is sold (and bought) as the ideal “one-man-no messy-politicians” system — a mix of modern caliph and benevolent dictator, she added.

Some analysts are of the opinion that those who want a presidential system are aiming at the Turkish model — authoritarianism in the garb of a presidential system. Others believe this debate has been started to put pressure on the Imran Khan-led government. There are rumours that the Pakistan Muslim League-Nawaz (PML-N) is negotiating with the powers-that-be behind the scenes and that the PTI government is being given one more year to put its house in order.

News anchor Adil Shahzeb noted that the government and opposition parties are publicly discouraging the debate on the presidential form of government, but the discussion is still happening somewhere behind the doors.

Mr. Shahzeb believes that there are two reasons for this: “One, those at the helm of affairs have realised that Prime Minister Khan’s failure is written on the wall. There is no replacement of Khan within the PTI and the PML-N’s Shehbaz Sharif is not considered as his replacement any more. So there seems to be room for yet another experiment. Secondly, a presidential form will need two-third majority in Parliament and none of the political parties right now are in the mood to support any such move.”

On the back foot

The PTI is now on the back foot. The government started on a weak footing amid allegations that the polls were rigged. Still, people were under the impression that it had a magic wand to ‘fix’ things. The PTI’s Finance Minister Asad Umar was asked to step down on Thursday. Before coming to power, Mr. Umar was portrayed as a finance guru by the PTI — someone who would do something magical to fix the economy. Three months into his stint, rumours started circulating that Mr. Khan was unhappy with his performance. Now, eight months into Mr. Umar’s tenure, he has been fired. Anchor Shahzad Iqbal said some power centres were not happy with some Ministers. Mr. Umar’s “performance report” wasn’t positive, said Mr. Iqbal, citing some anchors who met policy makers recently.

Against this background, the debate about the presidential system appears to be a precursor of things to come. Or it could just be a feeler from the power centres to test the waters. Whatever the truth, it seems that the PTI government may be in for a tough time ahead.

China has sent an investigation team to Wuhan, the city at the epicentre of a coronavirus outbreak, after reports that a prison released an infected inmate who then travelled to Beijing. A team led by the Ministry of Justice, Supreme Court and Ministry of Public Security will look into the incident, the Central Political and […]

Shenzhen, which was once the cradle of China’s reforms under Deng Xiaoping, is set for a major makeover. Under President Xi Jinping, the hi-tech metropolis has been given a pioneering role — of a model city showcasing socialist imagination of urbanisation at the highest level. In late September, People’s Daily — the flagship of the […]

The Texas border city jolted by a weekend massacre at a Walmart absorbed more grief on August 5 as the death toll climbed to 22 and prepared for a visit from President Donald Trump over anger from El Paso residents and local Democratic leaders who say he isn’t welcome and should stay away. El Paso […]