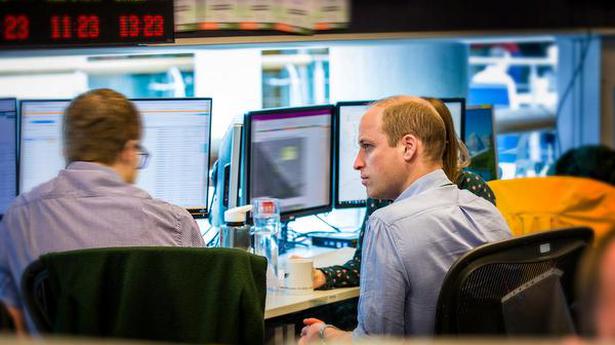 Prince William has spent three weeks on undercover work placements with Britain’s security and intelligence agencies to gain a first-hand understanding of the role they play in combatting terrorism.

The 36-year-old, who is second in line to Britain’s throne, described the experience of working with the MI5, MI6 and Government Communications Headquarters (GCHQ) as a humbling one, while the GCHQ said the royal had worked exceptionally hard during his internship.

“William worked exceptionally hard to embed himself in the team and comfortably held his own amongst some highly skilled analysts and operators. His Royal Highness asked some probing questions and demonstrated a real grasp of our mission,” the head of counter-terrorism operations at GCHQ, an anonymous post, said in a statement.

William, the Duke of Cambridge, undertook his workplace attachments last month and concluded his mission on Saturday.

“Spending time inside our security and intelligence agencies, understanding more about the vital contribution they make to our national security, was a truly humbling experience,” he said.

Australia’s competition watchdog is poised to call for far-reaching new regulations on Facebook, Google and other tech giants which could have global ramifications for how they make money and choose the content people consume. The Australian Competition and Consumer Commission’s recommendations, if confirmed, would be among the strongest yet in a drive to rein in […]

India responds to Imran Khan’s UN speech: Indian citizens do not need anyone to speak on their behalf

Strongly hitting back at Pakistan Prime Minister Imran Khan’s rant at the UN General Assembly, India has said its citizens do not need anyone else to speak on their behalf and “least of all those who have built an industry of terrorism from the ideology of hate.” Khan delivered his maiden speech at the 74th […]