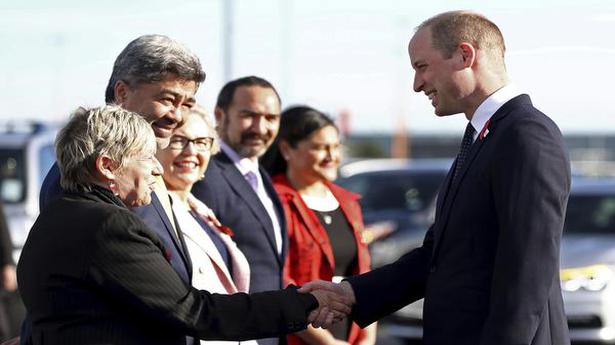 Britain’s Prince William on Thursday met with some of the police officers and medics who were the first to respond to last month’s mosque attacks in Christchurch, New Zealand.

The Duke of Cambridge arrived in Christchurch in the afternoon after earlier attending an Anzac Day service in Auckland alongside Prime Minister Jacinda Ardern. At the service, the prince laid a wreath of red and white flowers on behalf of his grandmother, Queen Elizabeth II.

Prince William is on a two-day trip to New Zealand and plans to meet later with survivors of the mosque attacks in which 50 people were killed and 50 others wounded.

New Zealand Police Commissioner Mike Bush told reporters after the meeting with first responders that the prince had been very supportive and had wanted to make sure the officers and medics were looking after themselves.

Mr. Bush said the prince told staff that “A good friend doesn’t pick up the phone when people are in need. You travel to their place and you put your arms around them.”

Anzac Day is a memorial holiday on the anniversary of New Zealand and Australian soldiers, known as Anzacs, landing on the Gallipoli Peninsula in 1915. More than 10,000 soldiers from the two countries were killed during that World War I campaign in what is now Turkey.

On Friday, Prince William will visit the two mosques where the massacres took place March 15.

Vowing to take up what he called his “worries” about “Hindu supremacy” in India and the situation in Kashmir post-revocation of Article 370 with leaders at the United Nations General Assembly, including U.S. President Donald Trump, Pakistan’s Prime Minister Imran Khan said here that he wanted a “reset in ties” with India, but had been […]

At least 62 killed in bomb blast in Afghanistan

At least 62 people were killed by a blast inside an Afghan mosque during Friday prayers, according to officials, a day after the United Nations said violence in the country had reached “unacceptable” levels. The explosion, which witnesses said collapsed the mosque’s roof, took place in eastern Nangarhar province and also wounded at least 33 […]

Nigeria’s President Muhammadu Buhari on Sunday ordered the “cessation of all movements” for two weeks in the largest city Lagos and capital Abuja to stop the spread of coronavirus. “All citizens in these areas are to stay in their homes starting Monday,” Mr. Buhari announced in a televised address to the nation. “Travel to or […]