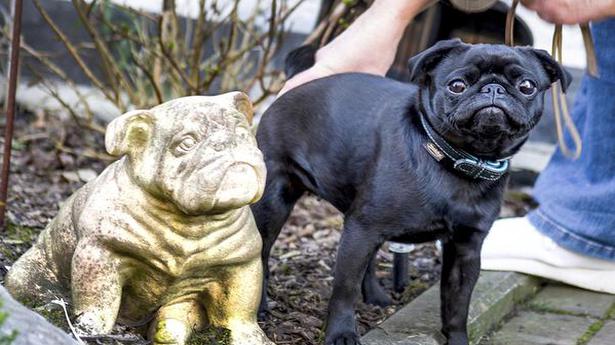 A decision by German local authorities to impound a pug from an indebted family and hawk it on eBay was spiralling on Monday into a possible case for the courts.

The buyer, Michaela Jordan, said that she had filed a case against Ahlen city authorities for “fraud”.

The pug named Edda was seized late last year by Ahlen local officials from a family which had been unable to pay their debts to the city authorities.

A city employee put it on eBay using a private account and sold it for $780, with the proceeds going to city coffers.

In the advertisement, the pug was described as healthy, vaccinated and dewormed, but the buyer said the animal suffers from multiple problems, including an eye injury that would require an operation.

“It was all lies,” she said, adding that her lawyer filed the lawsuit against city authorities last week.

Over the weekend, a spokeswoman from North Rhine-Westphalia state’s Interior Ministry said that while animals can be seized to pay off their owners’ debts, house pets are essentially exempt.

She also noted that impounded items should be publicly auctioned.

Pakistan on Wednesday confirmed its first two cases of the novel coronavirus as the deadly infection reached the country despite hectic efforts to keep it away. “I can confirm first two cases of coronavirus in Pakistan. Both cases are being taken care of according to clinical standard protocols & both of them are stable,” Dr […]

The two-shot jab, the fund promised in a statement, will be two or more times cheaper than those by Pfizer or Moderna. Russia released new results Tuesday claiming its experimental COVID-19 vaccine was highly effective, and promised it would cost less on international markets than vaccines by some of its Western competitors. According to the […]

It feels threat from Iran has waned Source: thehindu.com Related