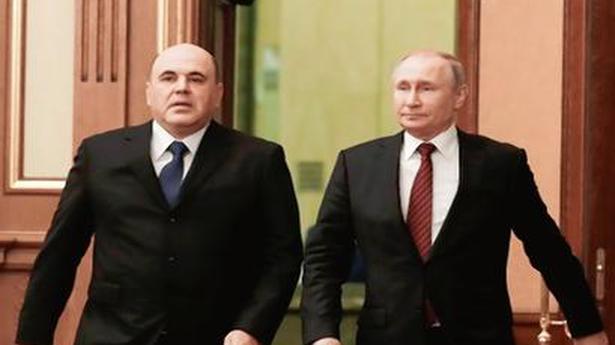 After Russian President Vladimir Putin announced major constitutional amendments and the resignation of the entire government of Prime Minister Dmitry Medvedev that followed the announcement, Moscow’s political elite have found themselves in a new, rapidly spinning reality.

On January 21, Mr. Putin approved the new executive Cabinet proposed by Prime Minister Mikhail Mishustin. Almost half of the Cabinet was changed with main reshuffles concerning the old political elite.

As Russia’s influential financial daily Vedomosti noted in its editorial, the changes in the government showcase the Kremlin’s desire for a more significant team upgrade than ever before, to fill the Cabinet with managers who have demonstrated their effectiveness in implementing strategic national projects, and to get rid of long-standing “irritants”.

As political analyst Evgeny Minchenko told The Hindu, the former government had grown highly unpopular and proven its inability to effectively implement the national development plan aiming at making Russia the fifth largest economy in the world, so-called ‘May Decrees’, announced by Russian President last year.

The new government under Mr. Mishustin, who headed Russia’s tax service before his appointment to the new post, will have a tough task to boost the country’s economy and improve the quality of life of Russians, who have started being more and more critical of the government in recent years.

Andrey Belousov, a close ally of Mr. Putin, will now head the economic block and will be responsible for implementation of the national development projects as Deputy Prime Minister. Mr. Belousov is a prominent advocate of high public spending and government intervention in the economy.

Mr. Putin’s plan is not just a change in the government. He has also proposed constitutional reforms aimed at weakening the powers of the President and boosting those of the Prime Minister and Parliament, which would be given responsibility to choose candidates for Prime Minister and the Cabinet. Mr. Putin has also suggested expanding the role of the State Council, which was previously not included in the text of the Constitution.

It took just five days for a working group on the constitutional reforms appointed on January 15 to come up with a Bill and submit it before Parliament. On January 23, the State Duma unanimously voted in favour of the Bill. To pass it, a second voting is required, which is scheduled for February 11.

The unprecedented speed with which the proposal turned into a full-fledged Bill suggests that the preparations have started long ago. Implementing the plan as soon as possible was important because of the upcoming 2021 legislature elections and the 2024 Presidential election.

It is unlikely that Mr. Putin would exit public life after he steps down from presidency in 2024. It is still unclear what path he would take. He could, according to analysts, become the Prime Minister as he did in 2008, or head the powerful Security Council, as did Kazakhstan leader Nursultan Nazarbayev when he stepped down from presidency last year.

“Putin’s casual suggestion that the status and role of the insignificant State Council should be enshrined in the Constitution can only mean one thing: he is preparing a new position for himself within that structure,” said Andrey Kolesnikov, a senior fellow and the chair of the Russian Domestic Politics and Political Institutions Program at the Carnegie Moscow Center.

He added that if the State Council gets emboldened, it could become sort of a parallel administration. Mr. Kolesnikov suggests a scenario where Mr. Putin becomes head of the State Council and “father of the nation”, while former Prime Minister Medvedev assumes the post of the President (as he did in 2008) and Mr. Mishustin remains the Prime Minister.

The speed with which Mr. Putin has started the preparations of the “transition of power” has caught both his rivals and allies by surprise. With Parliament giving quick approval to his plans, it’s only a matter of time before Russia’s institutions undergo a major reshuffle.

(Ksenia Kondratieva is a journalist based in Moscow)

Prime Minister Narendra Modi said on Saturday that the diversity and colours of India are its strength, which astonish and attract the world as he offered the Indian diaspora here to avail the new opportunities being generated by his government. Addressing the Indian community at the packed National Stadium here, Mr .Modi said his visit […]

President Donald Trump on Friday said he has not agreed to rollbacks of U.S. tariffs sought by China, sparking fresh doubts about when the world’s two largest economies may end a 16-month trade war that has slowed global growth. Officials from both countries on Thursday said China and the United States had agreed to roll […]