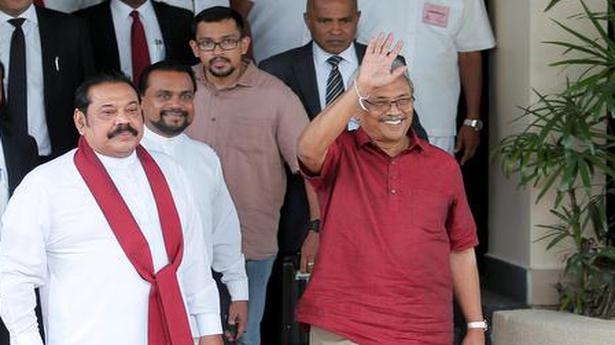 As many as 35 candidates on Monday filed nominations for Sri Lanka’s Presidential election scheduled this November. This is a record number of nominations for the contest to the country’s highest office, Election Commission officials said.

On Sunday, when a total of 41 hopefuls paid deposits for nominations, it became clear that President Maithripala Sirisena was not seeking a re-election. Six of them withdrew from the race on Monday, a senior official told The Hindu.

The main contest this election is expected to be between Mr. Gotabaya Rajapaksa and Mr. Premadasa, while Mr. Dissanayake too is generating considerable interest, particularly among voters disillusioned with the main parties.

Trouble is raining down on U.S. President Donald Trump, who appears to have given Americans incorrect information on Hurricane Dorian’s trajectory. During an Oval Office press briefing on Wednesday, Mr. Trump displayed a map from the National Hurricane Center showing the storm’s predicted path. As he held up the poster to give the journalists a […]

No press, no family: Space crew set for launch during pandemic

A three-man space crew finished preparations on Wednesday for a mission to the International Space Station (ISS), which is going ahead despite the coronavirus pandemic. Anatoly Ivanishin and Ivan Vagner of Russia’s Roscosmos space agency and NASA’s Chris Cassidy will blast off from Kazakhstan for a six-month mission at 08:05 GMT (1:35 pm IST) on […]