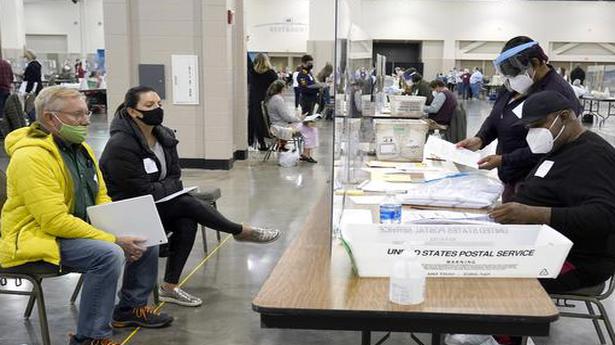 Mr. Trump’s campaign had demanded recounts in two of Wisconsin’s most populous and Democratic-leaning counties, after losing Wisconsin to Mr. Biden by over 20,000 votes. The two recounts will cost the Trump campaign $3 million. Dane County is expected to finish its recount on Sunday.

After the recount ended, Milwaukee County Clerk George Christenson said: “The recount demonstrates what we already know: that elections in Milwaukee County are fair, transparent, accurate and secure.” The Trump campaign is still expected to mount a legal challenge to the overall result in Wisconsin, but time is running out. The state is due to certify its presidential result on Tuesday.

G7 may end without communique due to gaps on trade, climate: NHK

The Group of Seven (G7) leaders summit to be held this weekend in France may end without a joint communique due to wide gaps between member nations on trade and climate issues, Japanese public broadcaster NHK reported on Tuesday. It would be the first time a G7 summit ends without a communique since meetings began […]

China’s Communist Party celebrated its 70th anniversary in power with a parade on Tuesday showcasing the country’s economic growth and newest weapons. The nationally televised event opened with a military honor guard carrying the Chinese flag through Tiananmen Square, the country’s symbolic political heart, before thousands of spectators who waved flags. Artillery guns fired a […]

Prime Minister Benjamin Netanyahu called on Thursday on his main rival, former general Benny Gantz, to join him in a broad, governing coalition after Israel’s election ended with no clear winner. A spokeswoman for Gantz, leader of the centrist Blue and White party, had no immediate response to the surprise offer from Netanyahu, head of […]