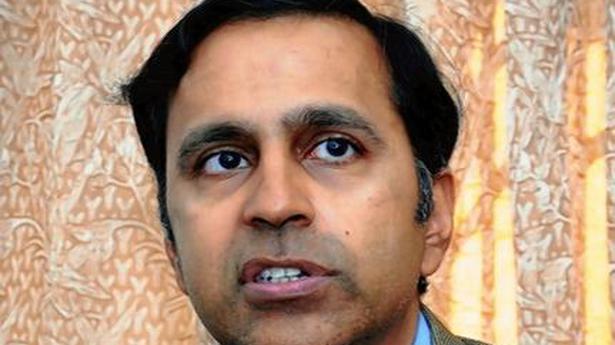 Indian-American Congressman Raja Krishnamoorthi has introduced a resolution in the US House of Representatives celebrating Mahatma Gandhi’s 150th birth anniversary and his enduring legacy.

“Mahatma Gandhi is one of my personal heroes,” Mr. Krishnamoorthi said after introducing the resolution on Friday.

The resolution was cosponsored by a bipartisan group of 14 other lawmakers.

“Gandhi’s dedication to public service is an inspiration, and even when faced with incredible hardships and injustice, he never wavered in the fight for freedom, dignity and equality for all,” he said.

“As an Indian-American serving in the Congress, I am proud to play my part in honouring his legacy through the introduction of this bipartisan resolution,” he said.

Brad Sherman, who is Chair of the House foreign affairs sub-committee on Asia, said he would continue to use the platform to promote the values promoted by Gandhi; such as protecting religious freedom and seeking peaceful resolution to conflict through dialogue.

Another Congressman, George Holding, said, “Mahatma Gandhi is among the most revered and impactful leaders of our times. His lifelong commitment to human rights, civil liberty and freedom inspired countless millions across the globe. As we mark the 150th birth anniversary of Gandhi, let us honour his enduring legacy and celebrate his monumental impact.”

He said the resolution emphasised the influence of Gandhi’s teachings on civil rights leaders, including Dr Martin Luther King, around the world.

“As we commemorate the 150th birth anniversary of Mahatma Gandhi, we are once again reminded that his struggle for the pursuit of freedom, equality and dignity for all through satyagraha finds resonance across generations and boundaries,” Mr. Shringla said.

President Donald Trump said on Friday that he has reassured the National Rifle Association that its views about the right to bear arms won’t be ignored in Washington’s response to recent mass shootings. Mr. Trump said he is talking with the NRA and others to make sure that their “very strong views can be fully […]

Chinese authorities rapidly expanded a mammoth quarantine effort aimed at containing a deadly contagion on Friday to 13 cities and a staggering 41 million people, as nervous residents were checked for fevers and the death toll climbed to 26. While the World Health Organization (WHO) held off on declaring a global emergency despite confirmed cases […]

Britain’s response to Covid-19: Why is UK struggling to speed up coronavirus testing

Many countries’ response to Covid-19 has been different but most of them agreed upon “containment policy” except Britain who till late focussed on “herd immunity”. The British government on Wednesday said it would ramp up coronavirus testing amid widespread criticism that it was carrying out far too few, as ministers suggested that shortages of chemicals […]