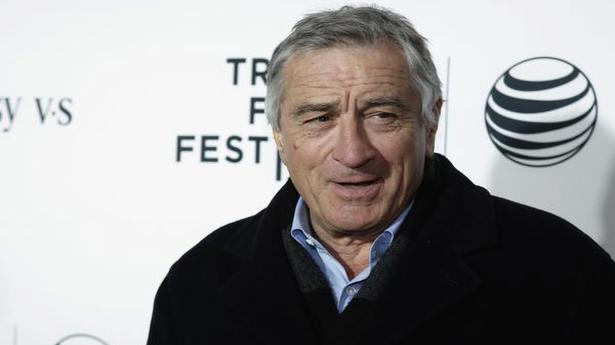 Hollywood veteran Robert De Niro once again took a jibe at US President Donald Trump, this time calling him a “wannabe gangster“.

The actor made these comments in an appearance on “The Late Show with Stephen Colbert”, the episode of which was filmed ahead of the release of the Mueller report, that found “no evidence” of a “collusion” between the Trump campaign and the Russian government during the 2016 US presidential elections.

De Niro, who discussed his role in longtime collaborator and friend Martin Scorsese’s forthcoming mob drama “The Irishman” on the show, said people have affinity towards the outlaws, “except we have a wannabe gangster in the White House now“.

The Oscar winner then branded the POTUS as a “dumbbell”, adding that even gangsters had morals and ethics.

“They have a code and you know when you give somebody your word it’s your word because it’s all you have is your word. This guy he doesn’t even know what that means,” he told Colbert.

When the host asked De Niro (75), why he could not give Mr. Trump a chance, the actor said he had, but he believes the president has “proven himself to be a total loser”.

This is not the first time De Niro publicly criticised Mr. Trump.

An earlier criticism elicited a response from Mr. Trump, wherein he called the actor “a very low IQ individual” on Twitter.

In a previous interview, De Niro called the president a “racist”, “white supremacist” and drew comparisons between him and Hitler.

She’s an adult as she has had her 1st period: Pak judges on minor Catholic girl’s forced conversion, marriage

The case of a 14-year-old Pakistani Catholic girl, who was allegedly abducted from her residence in Karachi, converted to Islam and married off to a Muslim man, has been in the Pakistani courts for some time. While her parents have not been able to see their daughter since October 14 — the day when she […]

A day after the Sri Lanka blasts, the travel trade on Monday got busy reworking itineraries and reaching out to worried customers scheduled to travel to the island nation in the days to come, while helping those stranded there make a safe return at the earliest. Data showed a 41% increase in cancellation of departure […]