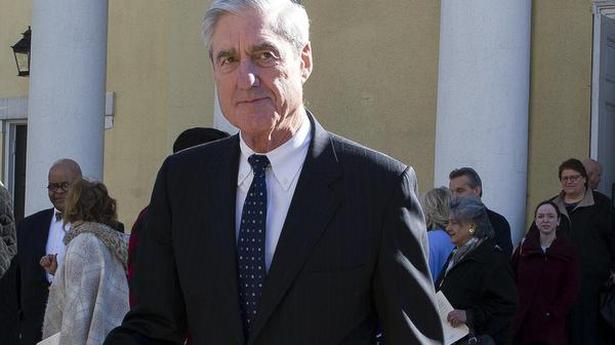 The story so far: Special Counsel Robert Mueller, who was investigating the alleged Russian interference in the 2016 U.S. presidential election, handed over his report to the Justice Department earlier this month. While the full report, which runs into over 300 pages, is yet to be released to lawmakers or the public, Attorney-General William Barr released a summary of the report to Congress on March 24.

Why was the probe launched?

The allegations of Russian interference go back to the campaign days. On September 22, 2016, two Democratic lawmakers on the Senate and House Intelligence Committees alleged that Russia was trying to influence the election outcome. Two weeks later, the office of Director of National Intelligence released an assessment that said Russian President Vladimir Putin ordered an “influence campaign” against Hillary Clinton, the Democratic presidential candidate. The Federal Bureau of Investigation (FBI) started an inquiry into the alleged Russian efforts and possible collusion between Russia and the campaign of Republican candidate Donald Trump. When President Trump fired FBI Director James Comey in May 2017, there was a clamour among lawmakers, especially Democratic members, for the appointment of special counsel to probe the allegations. On May 17, Deputy Attorney-General Rod Rosenstein appointed Mr. Mueller as Special Counsel to carry out the investigation. The scope of the probe included the claim that there was collusion between the Trump campaign and Russia and “any matters that arose or may arise directly from the investigation.” Basically the two questions the Special Counsel needed to answer were: Were there any links between Mr. Trump or the Trump campaign and the Russians; and Did the President obstruct justice by firing Mr. Comey and through other actions?

Did Russia interfere in the election?

The Russian interference theory is largely centred upon two claims — 1) Kremlin-connected Russians ran a social media propaganda targeting Ms. Clinton. 2) the Russian intelligence was directly involved in hacking into Democratic National Committee (DNC) servers and leaking emails into the Internet. Democratic Party leaders have held that these actions helped Mr. Trump beat Ms. Clinton in the 2016 election, while the Trump campaign has always rejected the charges. Mr. Putin has also denied any Russian role in the U.S. election. But Mr. Mueller, who had issued 2,800 subpoenas and about 500 search warrants and held about 500 witness interviews, concluded that Russia interfered in the election — through a disinformation campaign and hacking — affirming the earlier assessment of U.S. intelligence agencies.

Who did Mueller indict?

During the course of the investigation, the Special Counsel had indicted dozens, including Russian citizens as well as Mr. Trump’s aides. In February 2018, 13 Russians and three Russian companies, including the troll firm Internet Research Agency, were indicted for attempts to influence the election. Five months later, Mr. Mueller named 12 members of Fancy Bear, a cyberespionage wing of the GRU, Russia’s military intelligence agency, for hacking the DNC emails in 2016. Paul Manafort, Mr. Trump’s former campaign chief; Michael Flynn, the President’s first pick for the post of National Security Adviser; Rick Gates, Mr. Manafort’s business partner; and George Papadopoulos, a former campaign adviser of Mr. Trump, all pleaded guilty to charges, ranging from financial crimes, obstruction of justice and lying to federal agents on ties with Russians. Mr. Mueller has also indicted Konstantin Kilimnik, another business partner of Mr. Manafort, and Roger Stone, a long-time adviser of Mr. Trump.

Did the probe exonerate Trump?

Mr. Trump has always been critical of the inquiry. He called it a politically motivated “witch hunt”. He had attacked Mr. Rosenstein, who ordered the probe, and his former Attorney General Jeff Sessions, who recused himself from it. The supporters of the investigation were waiting for the final report to know whether the Special Counsel would establish the collusion theory. While Mr. Mueller concluded that the Russian government tried to interfere with the presidential election, he did not establish that the Trump campaign conspired or coordinated with the Russian government. Neither did it not conclude that Mr. Trump’s actions obstructed justice. Attorney General Barr quoted Mr. Mueller in his four-page summary: “…while this report does not conclude that the President committed a crime, it does not exonerate him.” The report led Mr. Barr and Mr. Rosenstein to reach their own conclusion — Mr. Trump’s actions didn’t meet the Justice Department’s standards for bringing charges.

The President has claimed moral victory. He says the report vindicates his position that there was no collusion and has launched a broadside at the Democrats who backed the probe. The Democrats have indicated that they will not give up the issue. They want the Attorney General to hand over the full report to Congress at the earliest. House Speaker Nancy Pelosi asked the Attorney General to “show us the report and we can draw our own conclusions.” House Judiciary Committee Chairman Jerry Nadler (Democrat, New York) has said the committee will call Mr. Barr to testify on the report. It’s to be seen whether the report has damning details of Mr. Trump’s actions that may not warrant criminal indictment but could be politically expensive. Besides, Mr. Trump’s legal troubles are far from over. The House Intelligence Committee is conducting its own probe into the Russia story. The U.S. Attorney’s Office for the Southern District of New York continues to probe alleged campaign finance violations. Michael Cohen, the President’s former lawyer and a former vice-president of the Trump Organization, has pleaded guilty to campaign finance violations. So while Mr. Trump will try to use the report for his political benefits, other legal troubles could be awaiting him.

A British-Pakistani author has been stripped of a prestigious German literary award over her anti-Israel stance, a media report said here on Thursday. Earlier this month, the German city of Dortmund announced novelist Kamila Shamsie as this year’s winner of the Nelly Sachs Prize — named after a Jewish poet — in honour of her […]

Facebook names first members of oversight board that can overrule Zuckerberg

A western New York man has been charged with threatening to kill US Rep. Ilhan Omar of Minnesota. Federal prosecutors announced Friday that Patrick Carlineo Jr. was arrested after placing a threatening call to Omar’s office in Washington D.C. last month. Authorities did not say when Carlineo was arrested. Ms. Omar is among the first […]