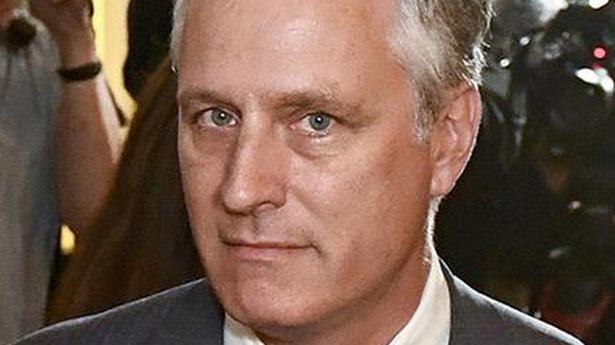 Mr. O’Brien, who will be the fourth person to hold the post in the Trump administration, has served as Mr. Trump’s special envoy for hostage affairs at the U.S. Department of State since May 2018 and has a long history in Republican foreign policy circles.

“I have worked long & hard with Robert. He will do a great job!” Mr. Trump wrote on Twitter.

Mr. O’Brien is an attorney from Los Angeles who has served as a foreign policy adviser to several Republican presidential campaigns, handled a number of high-profile legal cases and previously served in several State Department positions, including as an alternative representative to the UN General Assembly in 2005.

Mr. Trump recently dispatched Mr. O’Brien to Sweden for the court hearing of U.S. rapper A$AP Rocky, who was later convicted for assault.

“He understands the world for the dangerous place it is. He’s got great negotiating skills as our hostage negotiator,” Senator Lindsey Graham told reporters. “He’ll be a very sound policy adviser.”

Immigrants applying for U.S. visas will be denied entry into the country unless they can prove they can afford health care, according to a proclamation signed Friday by President Donald Trump. The new rule applies to people seeking immigrant visas from abroad and not those in the U.S. already. It does not affect lawful permanent […]

Two pilgrims returning after performing ‘Umrah’ in Saudi Arabia were shot dead on Wednesday at the Lahore international airport, police said, causing panic among hundreds of passengers within the lounge. They were gunned down in the international arrival lounge of the Allama Iqbal International Airport in Lahore at 10 am (local time), police was quoted […]

One of the founders of dominant ride-hailing service Uber, Travis Kalanick, will exit the company at the end of the year, the company announced Tuesday. Mr. Kalanick, who was pushed out as chief executive in 2017 over various controversies, will sever his final ties to the company, resigning from the board of directors effective from […]