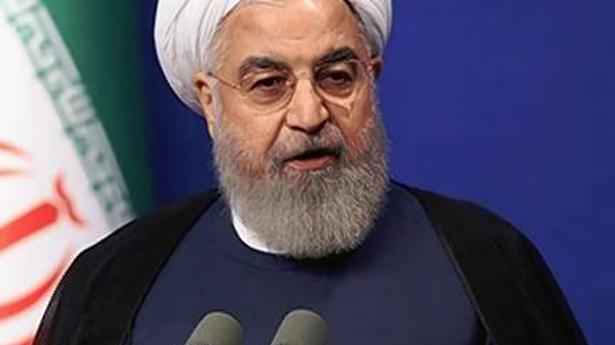 Iran’s President on Monday ruled out negotiations with Washington until it acts “normal”, after Secretary of State Mike Pompeo said the U.S. is ready to talk to Tehran without preconditions.

On Saturday, Mr. Rouhani had insisted that Iran would not be “bullied” into talks with the United States, saying “total respect” was needed for negotiations to take place.

India has accepted an invitation to witness the signing of the U.S.-Taliban peace deal in Doha, official sources confirmed. India’s Ambassador to Qatar P. Kumaran will represent the country at Saturday’s event, which will be hosted by the Government of Qatar and will be attended by representatives of about 24 countries.   The decision to […]

After tweaks, Donald Trump’s impeachment trial format will be similar to Bill Clinton’s

After some last-minute tweaks on Tuesday, the proposed rules for US President Donald Trump’s impeachment trial now largely mirror the ones used for the trial of former President Bill Clinton. Though there are some minor differences, the basic structure of Donald Trump’s trial will be similar to Bill Clinton’s in 1999. After approving the rules, […]