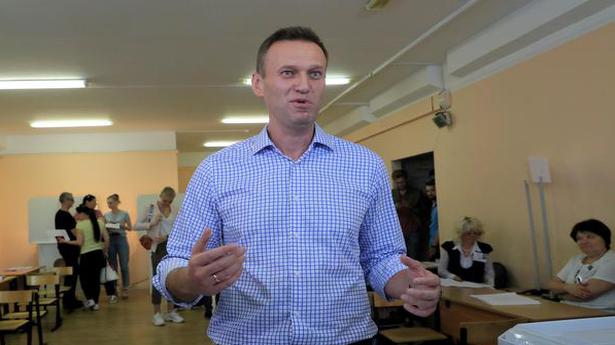 Russian investigators on Thursday raided dozens of regional offices of top protest leader Alexei Navalny as well as the homes of his supporters after mass Opposition rallies this summer.

Mr. Navalny said the raids were the result of Kremlin “hysteria” after allies of President Vladimir Putin suffered major losses in local elections in Moscow on Sunday.

Mr. Navalny, who had instructed supporters to vote strategically to push out pro-Kremlin candidates, said on YouTube: “Putin got upset and is stomping his feet.” “That’s what we’re seeing in 41 cities across the whole country.”

He said the raids were being carried out at more than 200 addresses in “the biggest police operation in Russia’s modern history”.

Police, investigators, national guard and security services were all involved and seized equipment such as phones and computers, he said.

Shares of Boeing tumbled again on Monday over its handling of the 737 MAX crisis after US aviation regulators criticized it for withholding key documents for months. Both UBS and Credit Suisse downgraded the company following Friday’s statement by the Federal Aviation Administration that called Boeing’s handling of the documents “disappointing”. The criticism comes as […]

U.S. military to present several options to Trump on Iran

The Pentagon will present a broad range of military options to President Donald Trump on Friday as he considers how to respond to what administration officials say was an unprecedented Iranian attack on Saudi Arabia’s oil industry. In a White House meeting, the president will be presented with a list of potential airstrike targets inside […]