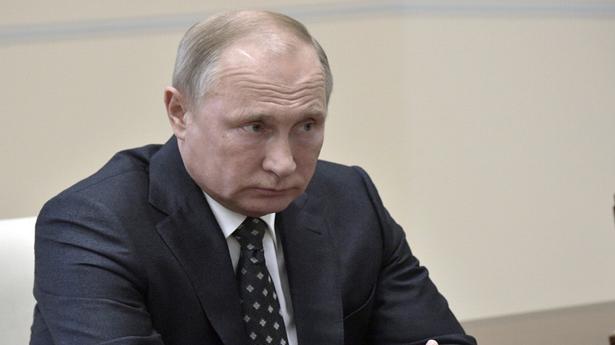 An initial foreign agent law was adopted by Russia in 2012, giving authorities the power to label non-governmental organisations and human rights groups as foreign agents — a term that carries a negative Soviet-era connotations.

But the expansion of the definition of foreign agent to include private individuals now raises fresh concerns about the ability of independent journalists and bloggers to operate in the country.

Several rights groups, including Human Rights Watch, had called for the initiative to be dropped as it was being approved by lawmakers.

Rights groups and other organisations designated by the Russian Justice Ministry as foreign agents can be subjected to spot checks and face bureaucratic scrutiny.

Russian law also requires so-called foreign agents to submit regular reports on their funding, objectives, how they spend their money and who their managers are.

President Hassan Rouhani called on Saturday for unity among Iran’s political factions to overcome conditions which he said may be harder than those during the 1980s war with Iraq, state media reported, as the country faces tightening U.S. sanctions. U.S. President Donald Trump on Thursday urged Iran’s leaders talk with him about giving up their […]

China will take measures to repatriate its citizens in countries seriously affected by the coronavirus outbreak if necessary, an official at the country’s foreign ministry said on Sunday. Cui Aiming, the foreign ministry official who spoke at a briefing in Beijing, did not name any particular countries. Source: thehindu.com Related

Iraq’s stability on the line as U.S., Iran tensions soar

Iraq is coming under pressure as the U.S. and Israel increase efforts to contain Iran and its influence in the region. Pro-Iranian militias across Lebanon, Syria and Iraq are being pounded with economic sanctions and precision strikes hitting their bases and infrastructure, putting the governments that host them in the crosshairs of an escalating confrontation. […]