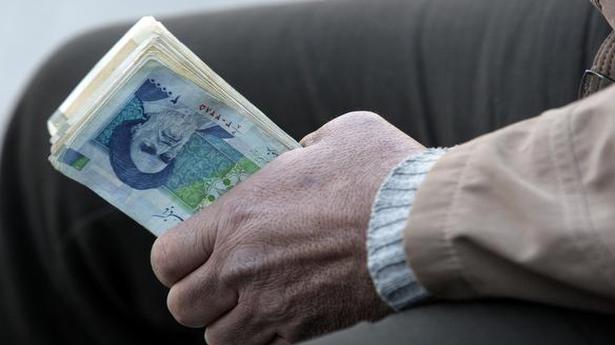 Iran’s Cabinet gave initial approval on Wednesday to a plan to slash four zeroes off its currency, the rial, State media reported, after the currency plunged in the past year in an economic crisis fuelled by U.S. sanctions.

Proponents have said the reform would, among other things, make transactions easier simply by avoiding huge figures. Currently, one U.S. dollar is worth about 120,000 rials. The proponents say the move would also make it cheaper to print banknotes.

The proposed reform has to be passed by Parliament and approved by a clerical body that vets legislation before it takes effect.

State television said the Cabinet approved a Bill to remove four zeros from the national currency under a plan originally proposed by the central bank in January.

Such proposals have been floated since 2008, but the idea has gained strength as the rial lost more than 60% of its value in 2018, despite a recent recovery engineered by the central bank in defiance of U.S. sanctions.

President Donald Trump re-imposed U.S. sanctions on Iran last year after pulling out of a 2015 agreement with Tehran over its nuclear-power programme. Washington has vowed “maximum pressure” on Irans economy to force it to accept tougher limits on its nuclear and missile programmes. Iran has ruled this out.

Only one person from each family will be allowed to go out once a day to purchase necessities such as food and medicine, the county’s epidemic prevention task force said in a statement Source: thehindu.com Related

Pakistan has issued an official order to freeze the assets and impose travel ban on Jaish-e-Mohammed chief Masood Azhar after the United Nations declared him a “global terrorist”. In a notification issued on Wednesday, the foreign ministry said, “The Federal government is pleased to order that the Resolution 2368 (2017) be fully implemented” against Masood […]