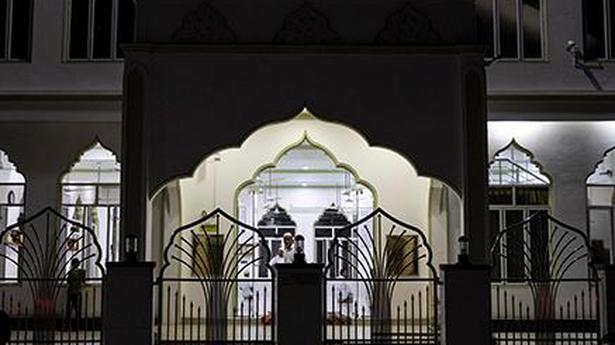 Sri Lankan authorities have arrested a Saudi-educated scholar for what they claim are links with Zahran Hashim, the suspected ringleader of the Easter Sunday bombings, throwing a spotlight on the rising influence of Salafi-Wahabi Islam on the island’s Muslims.

Mohamed Aliyar, 60, is the founder of the Centre for Islamic Guidance (CIG), which boasts a mosque, a religious school and a library in Zahran’s hometown of Kattankudy, a Muslim-dominated city on the Sri Lanka’s eastern shores.

“Information has been revealed that the suspect arrested had a close relationship with … Zahran and had been operating financial transactions,” said a police statement late on Friday.

The statement said Aliyar was “involved” with training in the southern town of Hambantota for the group of suicide bombers who attacked hotels and churches on Easter, killing over 250 people. A police spokesman declined to provide details on the accusations.

Calls to Aliyar and his associates went unanswered. Reuters was unable to find contact details for a lawyer.

The government says Zahran, a radical Tamil-speaking preacher, was a leader of the group.

Two Muslim community sources in Kattankudy told Reuters his hardline views were partly shaped by ultra-conservative Salafi-Wahabi texts that he picked up at the CIG’s library around 2-3 years ago. The sources are not affiliated with the centre. “I used to always run into him at the centre, reading Saudi journals and literature,” said one of the sources. During that time, Zahran started criticising the practice of asking God for help.

Malaysian authorities said they have turned back a boat carrying about 200 Muslim Rohingya refugees, including children, that was attempting to enter the country illegally.   The air force said in a statement late Thursday that one of its surveillance aircraft had spotted the boat about 70 nautical miles (130 kilometers) off the northern resort […]

Sri Lankan President Maithripala Sirisena has assured hoteliers that the government will give them maximum financial relief to revive the lucrative tourism industry hit by the country’s worst terror attack on Easter Sunday that killed 253 people, including 40 foreigners. Tourism accounts for about five per cent of Sri Lanka’s economy, with India, Britain and […]

New Zealand Prime Minister Jacinda Ardern said that she is aware of comments linking Sri Lanka’s Easter bombings to the mosque attacks in Christchurch, though she hasn’t received any official word or intelligence reports to corroborate what has been said. Ms. Ardern spoke to reporters in Auckland on Wednesday after Sri Lanka’s Minister of Defence, […]