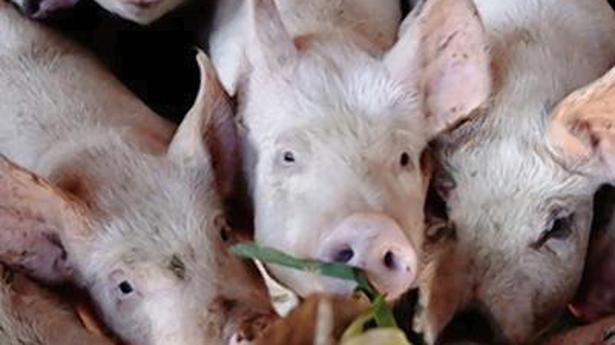 The World Organization for Animal Health says around a quarter of the global pig population is expected to die from African swine fever.

Dr. Mark Schipp, the organization’s vice president, told reporters in Australia that the spread of the disease in the past year to countries including China, which has half the world’s pig population, had inflamed a worldwide crisis.

Dr. Schipp says veterinary scientists worldwide are trying to find a vaccine for the disease, but that it’s a “complex challenge” because of the nature of the virus.

While the disease does not spread to humans, it is virtually 100% fatal once embedded in pig populations.

Prosecutors in the German city of Braunschweig said on Monday they were pressing criminal charges against former Volkswagen Chief Executive Martin Winterkorn in connection with the carmaker’s manipulation of diesel emissions testing. Four other executives are being charged, the prosecutors office said in a statement. VW has had to recall hundreds of thousands of cars […]

British MPs on Thursday rejected three amendments that sought to curtail the government’s Brexit agenda. These include amendments seeking to: press for a second referendum; enable Parliament find time for a different approach to Brexit; and wrestle control of part of the Brexit parliamentary timetable away from the government and into Parliament’s hands. While the […]