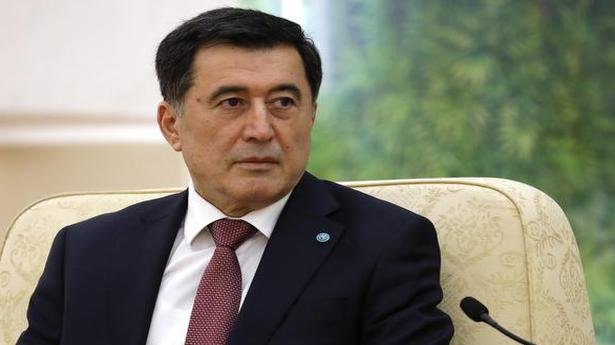 The eight nation Shanghai Cooperation organisation (SCO) on Wednesday offered to smoothen a bilateral dialogue between India and Pakistan so that the two countries can resolve their differences, following last month’s Pulwama terror attack in Kashmir.

Addressing his first press conference after taking over as the new Secretary General of the SCO, Vladimir Norov offered “mediation,” to support direct talks between New Delhi and Islamabad.

Mr. Norov said that member states of the SCO were ready “to offer mediation… as there is an intention (by India and Pakistan) to resolve the differences in a bilateral format”.

He added that membership of India and Pakistan-two large states in South Asia-benefited the entire Eurasian region.

The SCO’s proposal follows similar openings for mediation by China and Russia.

Military tensions between India and Pakistan, both SCO members, had escalated dramatically following the February 14 Pulwama attack, in which more than 40 CRPF personnel had been killed.

Elsewhere, Mr. Norov clarified that differences between India and Pakistan “must be resolved and are being resolved through bilateral consultations and dialogue, goodwill and mutual reasonable compromises”.

The SCO head made it plain that the grouping does not offer a dispute settlement mechanism where member countries can lodge their differences. “One of such fundamental obligations (of SCO members)  is not to bring bilateral contradictions and disagreements to the SCO family, as the SCO is not engaged in the settlement of disputable bilateral issues, whether border, water or other topics in relations between individual Member States,” Mr. Norov observed.

But he pointed out that because of their involvement in its institutions and initiatives, the SCO provides India and Pakistan ample opportunities, to quietly address their differences and concerns.

Mr. Norov said that representatives of India and Pakistan have been actively working in the SCO Secretariat and the executive committee of the Tashkent based SCO Regional Anti-Terrorist Structure (RATS). Besides the two countries were working together in all the 29 working mechanisms of the organisation.

“Being at the same negotiating table, and on a regular basis and in different formats, India and Pakistan are now in the process of a permanent dialogue on all issues which are currently in the agenda of the SCO,” Mr. Norov said.

He added: “It is well known that constant dialogue, especially based on convergence of long-term strategic interests, contributes to the strengthening of mutual understanding, trust and the search for new points of contact.”

Mr. Norov stressed that New Delhi and Islamabad were active participants of the SCO-Afghanistan Contact Group, which was engaged in Afghanistan’s transition.

“The work of the SCO-Afghanistan Contact group at the level of Deputy Foreign Ministers has been intensified. Two promising meetings of the Contact Group have been held in Moscow and Beijing, and we are preparing for the third meeting,” Mr. Norov said.

He added: “A roadmap for the activities of the SCO-Afghanistan Contact group is being developed. In the beginning of this year, a meeting between representatives of the Afghan public and the Taliban took place in Moscow. The Tashkent process has been launched, which aims to lessen the differences between the Kabul Government and the opposition.”

China has postponed a high-level business forum that is usually held in late March amid an outbreak of the new coronavirus that has killed more than 420 people. China Development Forum, which is hosted by a foundation under the State Council, has delayed this year’s meeting until further notice, a media representative of the forum […]