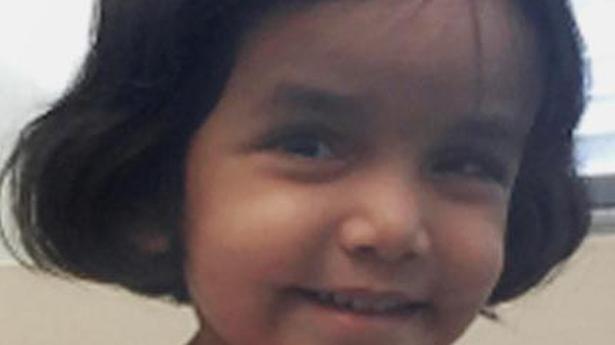 Sini Mathews, the Indian American adoptive mother of three-year-old Sherin Mathews, who was found dead at a culvert in Texas in October 2017, has been released from prison.

After 15 months in jail, charges against Ms. Mathews for child endangerment were dropped due to insufficient evidence.

“After extensive investigation, it was found that the state cannot prove this matter beyond a reasonable doubt at this time,” reads a motion filed by the prosecutors and signed by state District Judge Amber Givens-Davis.

The charge has been dismissed without prejudice, which means that the court can arrest her under the same charges in future, if need be.

When the media asked Ms. Mathews about her time in jail, she said it was “challenging” and thanked her friends and family for their support.

Asked what was she going to do next, Ms. Mathews said, “Get situated,” but did not reveal whether she was going to her home.

Ms. Mathews’ husband Wesley is still in prison for capital murder in relation to Sherin’s death. He will face trial in May and is presently being held on a $1 million bond.

Natives of Kerala, Sini and Wesley Mathews had adopted Sherin from an orphanage in Bihar in July, 2016. Sherin disappeared on October 7, 2017 and Wesley had initially claimed that he had sent her out in the wee hours as punishment for not drinking her milk.

On October 22, 2017, Sherin’s body was recovered from a culvert under a road, about a kilometre from her adoptive parents’ house. The cause of Sherin’s death could not be investigated as the body had decomposed.

After Sherin’s body was found, Wesley had changed his version that he had tried to feed her milk and she had choked on it. He had also admitted that a day before she died, the couple had left Sherin behind and taken their biological daughter, then aged four, out for dinner.

Wesley was indicted for capital murder by a grand jury and for tampering with evidence. Ms. Mathews was charged with endangering a child. They gave up the parental rights of their biological daughter in January, 2018 and the girl has been with the Social Services since.

An autopsy report in January, 2018 showed that Sherin had died of homicidal violence.

The Indian government revoked the Overseas Citizenship of India (OCI) for Sini and Wesley last September.

COLOMBO: President Maithripala Sirisena has pardoned firebrand monk Gnanasara Thero, according to top government sources. “He has signed the papers, they have been sent to the Justice Ministry,” said a senior official who did not wish to be named. The Buddhist priest, who leads the reactionary group Bodu Bala Sena (Buddhist Power Force or BBS), […]

Important for India and Pak to ‘de-escalate, both militarily and verbally’, says Antonio Guterres

UN chief Antonio Guterres said on Sunday it was important for India and Pakistan to de-escalate “militarily and verbally” and exercise “maximum restraint” as he began his four-day visit to the country, amidst tense relationship between the two nuclear armed neighbours. Addressing a press conference after his meeting with Pakistan Foreign Minister Shah Mahmood Qureshi, […]